An Ode to the Playstation 2

It's been nearly 13 years since the greatest gaming console of all time was released to the known world.
The Playstation 2 was released on March 4th of the year 2000 in Japan and took the United States by storm on October 26th of the same year.  This was the 1st console that I desperately wanted upon release, I pre-ordered it and I even traded in my Playstation 1 for it (I still consider this my biggest gaming mistake, the ONLY console I have ever traded in to get another).
Here I sit over 12 years later with my release PS2 which is still in fine working order while millions upon millions of Xbox 360's continue to go bad every year. The PS2 was a marvel of hardware that has withstood the test of time and gaming.

So, it was sad news when Nintendo announced that they were discontinuing production of the PS2 in Japan (and I'm sure world wide will follow).  This means that I'm going to have to go out and buy a new PS2 Slim sometime in the near future so I'll have an extra console waiting around for all those games that I still own from that era just in case my larger than life original decides to shit the bed.

I picked up my PS2 while I was in college and I know that it has more gaming hours logged on it than all of the newer systems that I own combined (between myself and everyone else who played in my on campus apartment and various other living situations after college) and it impresses me that to this day I can still pop in a game and a memory card and play.

Just earlier this year I loaned it out to a friend who wanted to play through Final Fantasy 7 again (yes, a PS1 game).  Backwards compatibility - an ingenious concept brought to us by Sony even though 95% of the time the new console would be used to only play new games.  BC is for people like me who love retro gaming and don't want to have 30 systems hooked up to a TV.  It is the reason I rushed out and bought a 60 gig fully backwards compatible Playstation 3 once Sony said they were discontinuing it.


So Sony, I love you and your systems.  I will be lined up to buy a Playstation 4 when you release it and I will hand over my money for your exclusives over time as well. It would be nice if your handhelds could rival the quality of your consoles (something Nintendo has perfected) so that I could love the Vita (and PSP) just as well.

If I were to get into the games and why I loved them this could become obscenely long.  I'd be going above and beyond what Rob has done (and that includes dividing this love letter to Sony into multiple posts) so I will just attach some pictures of the games that I enjoyed the most over the course of the PS2's lifetime. 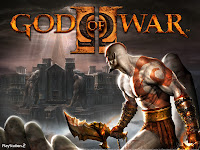 Posted by grrouchie at 9:36 AM