Now I don't believe that I'll be typing up a new and separate blog entry for every single day of this 100 day challenge of mine.  Some times I might go a week in between but I'll at least have the brief posts up on the BookofFace or my Twatter account.  However, some days are going to warrant their own posting.

Today is a carry over from information gleaned last night.
But before I get to that I have to give you some back story.

On July 3rd my kids sperm donor came to the house and picked an argument over some fireworks that were bought last year.  Those fireworks have since disappeared because I threw them out when my kid and some of the neighbor kids were sneaking them out of the garage and playing with them.  Eight year old's have no need to be playing with explosives, and so I warned him to leave them alone and that they were for the 4th of July.  A couple days later I noticed someone got into them again and so I tossed them and let him know.

Fast forward to July 3rd and this sperm donor wants to have a talk because he feels I have no right to throw away something that he paid for and I explain to him that if he actually cared he wouldn't have left them in my garage to begin with.  Plus, it's my house and I can do whatever the hell I please to protect the children.  He argue's that because he is homeless he didn't have the ability to do anything with the fireworks and he is not happy when I inform him that that is really not my problem.  They were left behind, misused and I threw them out.

Somewhere during this friendly little talk I ended up knocked out in my garage and he fled the scene.  Police were called and the best they could do was tell me to call them again whenever he decides to come back since they do not have a physical address where they can track him down.

Fast forward to last night when my boy is out playing with some friends, they decide to walk to the 7-11 and buy some drinks.  Sperm donor happens to be there at the same time (first time they have seen each other since July 3rd) and they talk a bit and whatever.
Last night our kid informs my wife that his sperm donor told him to sneak out tomorrow at 7pm and meet him somewhere again.
A grown ass fucking man teaching a child to be sneaky, underhanded and untrustworthy.  Yep, lets just have him grow up just like his sperm donor.

Being that I work tonight I'm not exactly sure how everything is going to play out but I'm quite irritated at the whole situation.  I'm pretty damned grrouchie, you could even call me a bit cranky.

Oh, it's going to be a bittersweet day when I get to have the cops haul his ass off to jail for what he did because I know that the situation will somehow involve the child having to bare witness again (yes, this will be the second time he will have had to watch his sperm donor get arrested for violence).  But, it's a life lesson.  There are consequences for your actions.

I've been seeing it for a while now on the Book of Face and just kind of ignored it, but like most virus's and STD's it's spreading.  This morning I woke up to a few more people participating in it and decided that we needed the antithesis because, well just because.

I woke up tired and sore with a headache, similar to how I went to bed.  This was the longest I have slept in a while and I really don't feel good for it.
My shoulders are tense.  I need a good long rub and tug to make this day any better.

About two weeks ago I went to the doctor because I was having some pain in one of my wrists (insert all of your masturbation jokes here) and was told it could possibly be Gout or Tendinitis and the ensuing blood eliminated Gout from the equation.  I was given a prescription to help with the inflammation and told to follow up afterwards with results.
The pain mostly went away while taking the pills and I was given hope but here I sit, no more pills to take and the pain is starting to creep back into my wrist as if to laugh at me for trying to get rid of it.  I'm debating on whether to get a hold of the doc now or wait and see if the pain comes back full force.  I'm going to be quite annoyed (cranky even) if this is something that is going to plague me over my last 40 years.

Hanging Tough this past week

This past week I took the wife to the New Kids on the Block concert and through my sitonmyFaceBook page I got a lot of crap from some people who know me.  But, whatever.
Truth of it all is that I can enjoy pretty much any type of live music and this is my wife's favorite band which also makes it worthwhile.

Overall I think I enjoyed this concert more than the last because I only had to endure the New Kids, I didn't have to sit through 40 minutes of 98 degrees and their crappy ass music.

It appears as though I'm back on the right track with my weight management again.  Since discovering that I went back up over 230 I've inched my weigh closer to being under that target again.  As of this morning I am 230.6.

Speaking of which, the weight creeping up got me to get off my lazy ass and sync my Aria scale to my new wifi network and start attempting to use MyFitnessPal again.  It's difficult but I should hopefully be back into full routine by the end of this week and logging everything I put in my mouth (no comments).

The wife has inventory at work this week so by some weird fluke we have actually had the entire weekend off together.   Yesterday we went to see the new Planet of the Apes movie which wasn't too bad, though I guess I'll have to watch the first one to make full sense of it even though the summary of "We created a virus that killed most of the population and now Apes can talk and shoot machine guns" is probably more than I actually need.

I've also started playing Skrim again so that I can actually beat the game and get it out of my backlog.  I went into it telling myself that I was going to avoid doing most of the side missions and just focus on the Major Missions and the actual story line.  So far I'm only about 8 hours into it and I'm holding true to it.  When I complete a major mission or get close to one I'll look at my map and see if there are any side missions close by so that I can just knock them out without going out of my way.  So, it's better than before when I would just start going through all the side missions and forget about anything that advanced the story at all.  Games like this are too vast for my game playing OCD - I want to complete everything but too much stuff keeps popping up to do making it impossible.

Also - Dragons 1 - Sparky 2
One dragon bested me as I was only level 9 and my main damage dealing is with Fire Spells.  He was a fire dragon and thus immune to what I was trying to do.
The next one was a Frost Dragon and he also was trying to attack 2 giants, a mammoth and a Saber Cat at the same time so I killed him pretty easily.

I'm Also making a dent in my DC New 52 challenge where I want to "catch up" with all the comics since the Universe reboot.  I'm currently tackling the Lantern books and by the end of this week will be over half way done with them before moving onto something else.   I'm going to move on right after the Rise of the Third Army story line because that feels like a good place to break off and tackle a couple o the ones that were completed and cancelled before moving back to some of the ongoing ones.

For now I'm off to my wife's favorite pancake house with the family so we can enjoy a nice non-home-cooked breakfast together on this rare day off together.  After that I'm not sure where our fun will be headed. Thinking about buying the Lego Movie because it was amazing and I really want to watch it again.  We can put some popcorn on the old fashioned popper and pour our cokes into big glasses and pretend that we are in a theater living the high life.

Or, go on a murder rampage and hide the bodies - as long as I can be done in time to make my 5 am shift tomorrow.
Posted by grrouchie at 9:44 AM 4 comments:

The Hunt for Solar Flare and other nonsense

I remember back when F to da Boy was my favorite person to comment on this blog but as my poker posts went so did he.  My new favorite though is angerisagift and as such he gets a few silent shout outs. 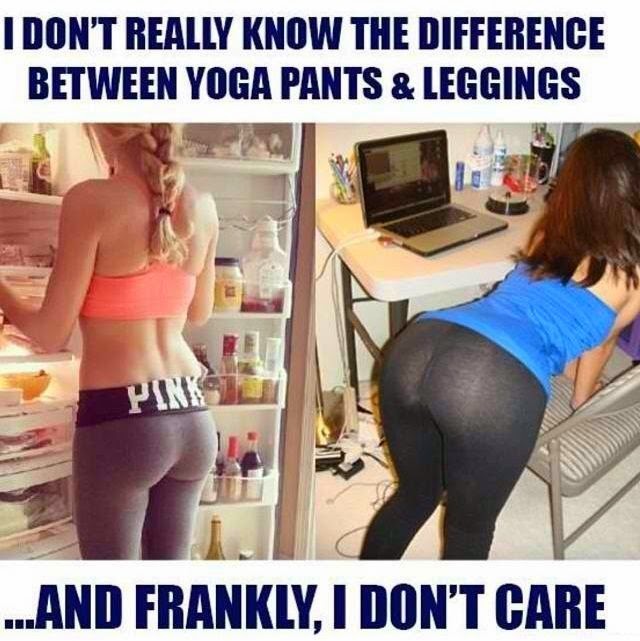 Since my last post in which he commented that there was a new Mt Dew flavor I still have been unable to locate it.  I have, however, seen several past flavors come back to the shelves but I have been avoiding them. I only want new and improved or I'm sticking to the classic and true.

I'm currently about one month away from my year anniversary with my Fitbit and looking back at my numbers it all looks good except for the fact that I have put back on some weight recently.  It all started when I got a bit lazy after visiting some friends and then the holidays hit and Wedding planning then Honeymoon and now pregnancy.  By the way, I now fully understand and will never make fun of the whole hubby gaining weight during pregnancy thing.  I get it, it's real but I'm trying to combat it a bit.

With that in mind I'm really looking forward to reporting my first year totals and work on a plan to increase my daily activity to make the second year that much better.
Currently I'm over 4 million total steps taken and a little under 2 thousand miles walked.

I'm in the process of seriously debating with myself to change my phone and my carrier in order to save money.  At this point I'm pretty tired of shelling out $80+ per month for just my phone.  When you combine my wife's phone the numbers increase and it would be really nice to get both of our phones for that price or less.  So, I'm going to be experimenting for myself and then if everything works out well I'll convince the wife to join me as we save money for our future, for our family.

Work has been hell pretty much since the start of June but everything is about to get easier in the next few weeks and I'm really looking forward to that.  I should not only be full staffed but have extra staffing so that I can focus on doing my actual job better and work on training others to take my position after my head explodes.