It wasn't going to be for me but I saw an announcement that there was going to be a TBC Invitational, however it was on an evening where I had to work late.  I just assumed that I would't be able to make and and put it out of my mind.

Then while working I get a text (not a twat, not a facebook message but an honest to goodness old fashioned text) from Rob who happens to reside yonder.  The TBC Invititational was in full swing with Coach and Triple P and he wanted to know if my fat ass would be coming down.

I knew PPP was in town and really wanted to meet up with him and once I got this text I figure'd I should at least give it the old college try since I had failed to find the time on my days off to get down to the strip and share in some booze or poker.

I got a hold of the wife and gained permission to go out or the evening and then switched my attention to my boss who let me leave work early and next thing you know I'm driving down to the Venetian searching my bank accounts for a spare $200 bucks so that I could play some poker with people who I enjoy conversing with.   Yes, I live in Vegas and pretty much the only time I get out to play poker is to hang out with people who make the table worse to sit at and give me less options for stacking opportunities.
Total Fish

When I arrived I got seated at a different table while waiting for something to open up on the table of fun.
I cannot complain, however, because I did get to enjoy this view for the entire time I was there. 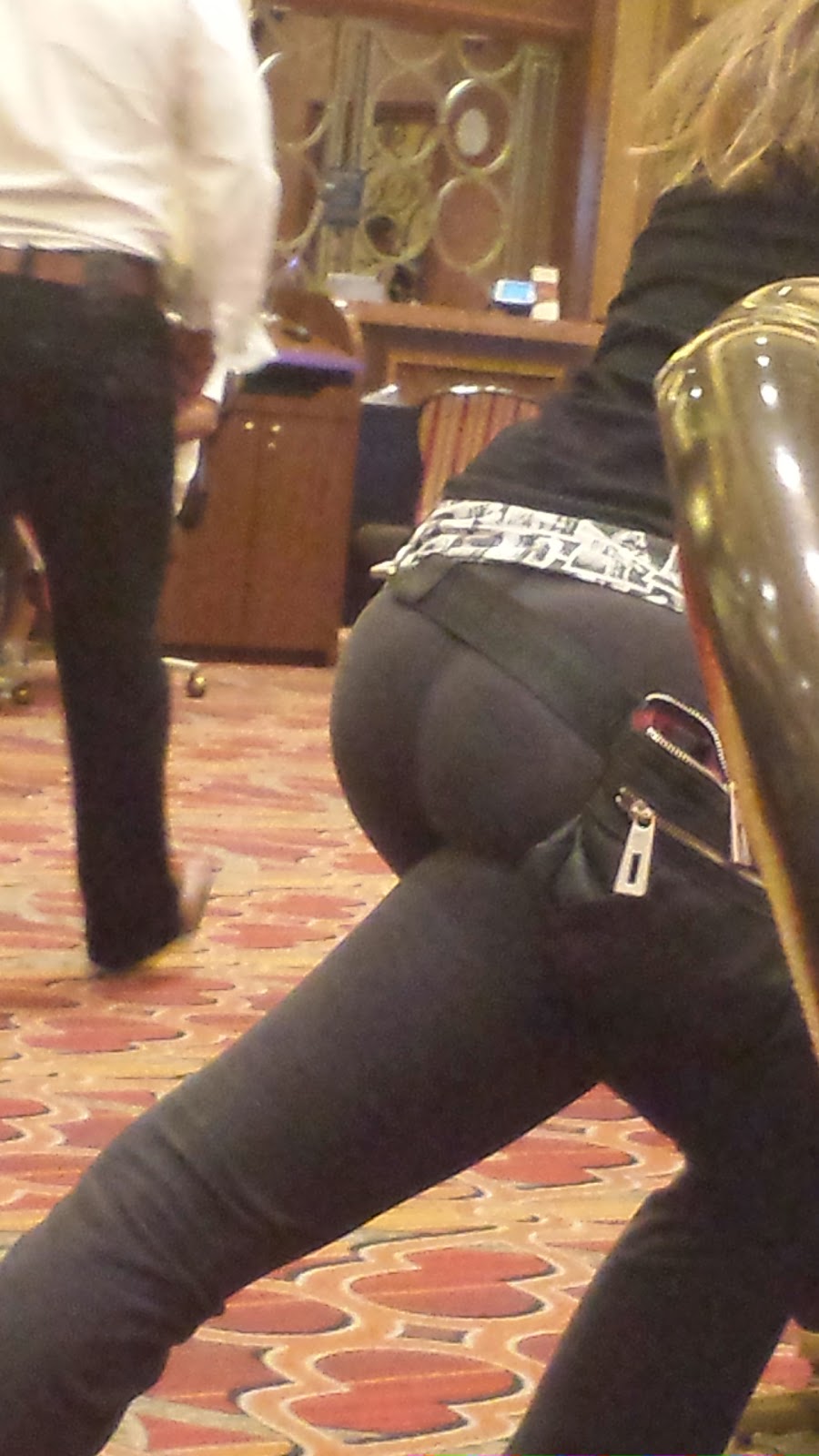 This was not the best pic I could snap but it was far from the worst as well.  But, it's hard to snap a nice ass sitting in a room full of other people, supervisors and people watching camera's.  Last thing I would have wanted was someone to spot it and point it out to said tush.  Oh, I spent more time looking at that arse than I spent looking at my cards.  Good thing a seat change opened up so quickly.

At my new table I enjoyed grabbing the 10 seat (or is it the 9 seat, I didn't pay attention to how many seats are at the V tables) and to my right was Coach and then TBC.  To my Left was a dealer but then the #1 seat occupied by RVP and the #2 occupied by PPP and the #3 by a guy who I think Tony announced 30 or so times was from AVP (which, I do believe doesn't even exist any longer).

So, I'm in the middle of all the bloggers like the fluffy filler that I am.  I sat down with $200 (well, a little less since I lost some at the previous table while not paying full attention).

I didn't have a whole lot going on for me early so I decided to take this passive table and steal  a few pots.  I raise with 42off and miss everything but take it down with a continuation bet.  I show my cards for effect but it appears as most people were not paying attention.
Next hand I get 72off and also raise that shit up and flop 2 pair.  However, I take that down with no one wanting to play either.
Later on I got 42 again and flopped an open ended draw after I had raised pre-flop but when I raised a guy who bet into me everyone decided to go away.
That was pretty much the end of my crap and where the "running good" came into play.

One of my two biggest wins came when I raised and flopped a gut shot.  A guy bets $15 into me and gets called by TBC which I also call and I think someone else comes along.  The turn brings out my straight.  The guy bets $35 and TBC comes along so I push.  Folds to the guy who bet $35 who is thinking about it and starts to stack his money up to the amount of the bet that I put out when Tony starts to go bat-shit crazy.

First Tony hates the fact that the dealer did not pull in the $35 from everyone so that all that was left out there was the $101 that was currently owed.  He mentions it to the dealer who says he has it under control and Tony doesn't like this so he reaches into the pot and starts to try to move the money out of the way himself.  The dealer takes the money back and sets it out like it was telling Tony that he has it under control and to leave it alone.  Tony won't let it die though and repeatedly tells the dealer to pull the $35 out.
The guy who the action is on finally asks Tony if he has a problem because he's the one trying to make the decision which you can tell just angers Tony some more.  Finally the guy decides to fold which I'm convinced was 99% because of Tony and his actions.
It is then Tony's turn to act and he starts going on about how I'm just trying to send him to the Machines and he finally calls.
I flip up my straight and tony I believe has something involving  flush draw and a straight draw - he started talking about having 15 outs and how he practically had to call.  Either way my hand holds and I am now sitting with 2 buy-ins instead of just one.

Over the next 15 minutes Tony keeps talking about how the dealer was in the wrong and unjustly trying to influence the other guy to PUSH ALL IN by leaving that $35 out there instead of pulling the bets in.

A few hands later Tony is on the button and the dealer only gives him one card.  When it's Tony's turn to act he is just sitting there, not doing anything at all and I point to him casually to remind him that it's his turn to act when he flips out that he only has one fucking card and has already told the dealer who just ignored him (Coach and I both did not hear this statement).  The dealer apologizes and says he didn't hear him and gives him another card and Tony just chucks his cards across the table while bitching that the dealer is ignoring him to piss him off.
The fact that Tony didn't end up busting all his chips during this temper tantrum was actually the most impressive part of the evening for me.

Eventually Rob leaves and Tony Bums a ride so I slide over to sit beside PPP for a bit.  While down there I raise to $15 with ATs and flop the nuts.  I end up getting two shorties all in on the flop which included two to a flush.
The Turn pairs the board and the river puts a 3rd flush card out there.
I tabled my hand after the flop and in an act of pure miracle both guys mucked after the river.  One flopped the bottom straight and the other guy never showed.

All in all it was a fun night of bullshitting and cards with some guys I haven't seen in quite a while.
I promise that I'm going to make a much better effort to get out and play when people are in town even though I might not play a whole lot any other time.
Also, I think I might give Sports Betting a shot this year - but just NFL. 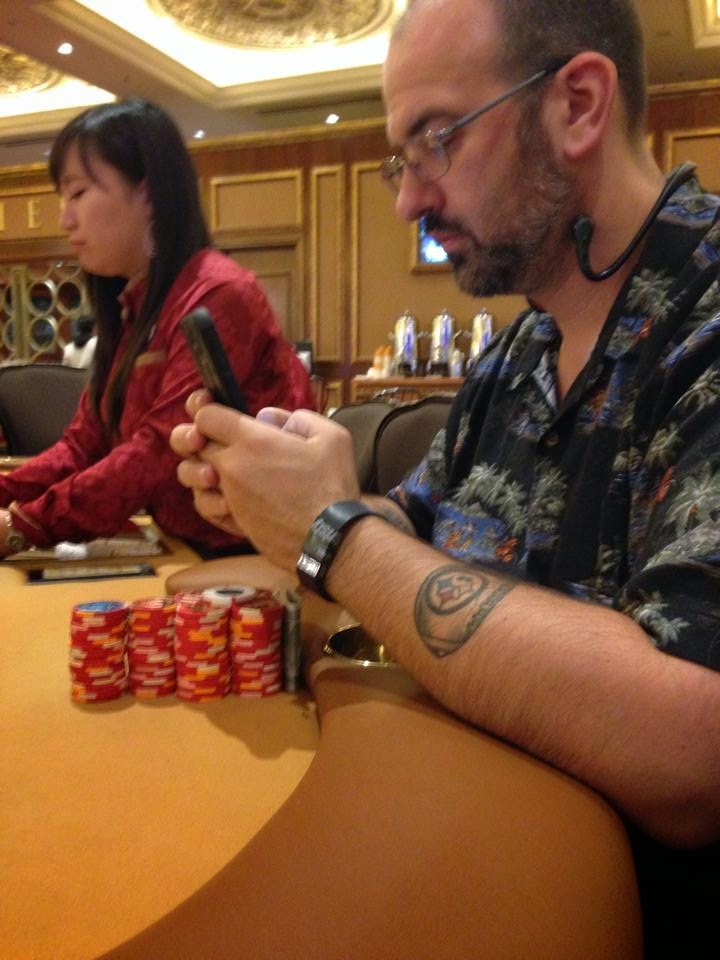 This is what my chip stack looked like when I left, thanks to PPP's camera.  All of this was possible because I flopped 2 straights, hit 3 gut shots (cheaply) and rivered an open ender or two.  No pairs, no sets, no boats or flushes, all straights - weird night.

And this photo is just too good to not share. 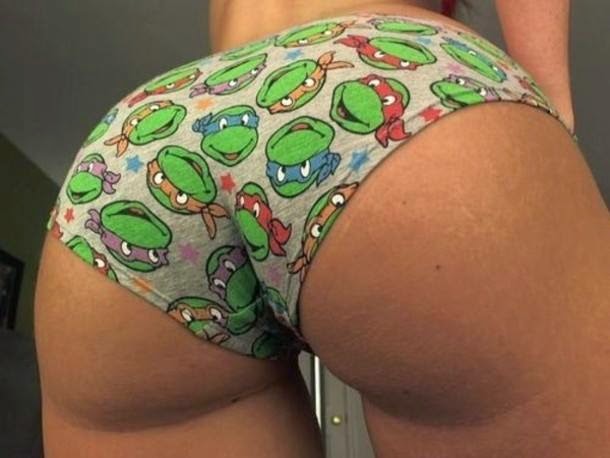 Up next will hopefully be a poker session that includes Alaskagal, Stumpy, Cokeboy and Michelle - but first I have to get to Friday and make it to the game.

Posted by grrouchie at 1:22 PM