The Truth about Cats and Dogs

Josie does not like dogs.  Of all my years I have never understood while people don't like dogs.  Sure they might have some minor annoyances like barking because they heard the door rattle at 2 in the morning and they want to make sure that everyone is aware that evil might be lurking outside.  But, in reality, that is just our best friend trying to make sure that evil does not come inside and destroy his family.  Even a tiny three pound dog thinks that he's big and viscous and can help scare off incoming evil to keep his people safe. 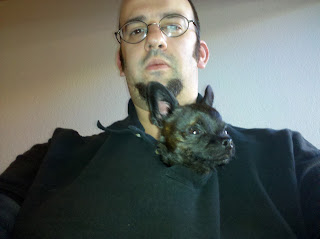 It's not a tumor!

But with that minor annoyance aside dogs do a lot of things to show their undying love and affection.  The first thing I see when I get home is my Monster with his tail wagging wanting to greet me and show me how much he has missed me over the last 10 minutes, 10 hours, 10 days, whatever.  He f'n loves me.  His tail wags a mile a minute, there is no one in the house other than he and I, he jumps and pants and just wants to give me attention. It's unconditional love and it's the greatest thing in the world. 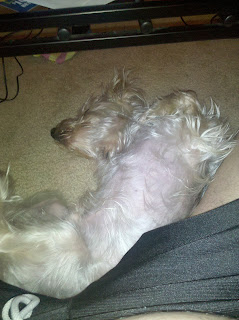 How can you not love this ball of fur?

There is another specie of household pet that I do not understand though, and that is the cat.
How can you like to have a pet around who's independent?  Why the hell are you having a pet if the thing is just going to ignore you and only come to you when he wants something?  If that's what you want just adopt a teenager, it's the same thing.
Cat's are snooty, vile, evil beings.  They also happen to suck the souls of their owners but most people don't know that.  They are Evil Soul Sucking beasts from the ninth ring of hell who have been put on earth to enslave humans to their whim.  It's disturbing how well they have integrated themselves into most of my friends houses and because I know their secret I'm pretty much foreboden from entering.  If I do somehow find myself in a house with a cat, within hours my eyes start to itch uncontrollably.  My lungs start to tighten up and breathing gets difficult.  These are just the beginning symptoms.  Cats are literally trying to kill me if I enter their house because they feel that I'll turn their humans against them (which is my ultimate goal).

The following are un-doctored pictures of cats in their true form - this is how I see them even though most humans can't look past the fake persona that they have adapted. 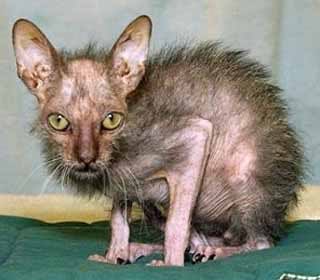 This is a cats True form in hell. Only on earth do they look "cute" and "sweet"
Posted by grrouchie at 9:03 AM