Just a collection of xmas photos since I don't like to type out posts on my phone. 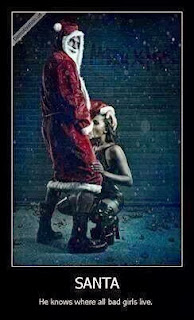 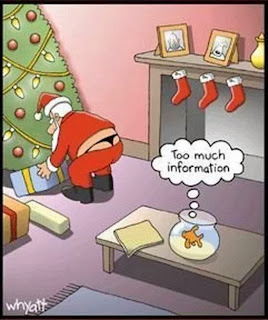 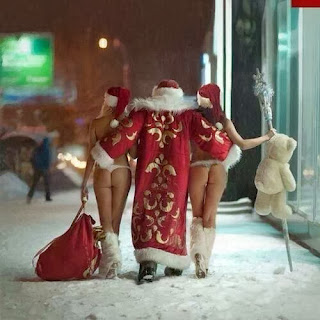 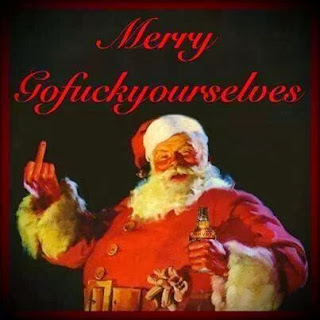 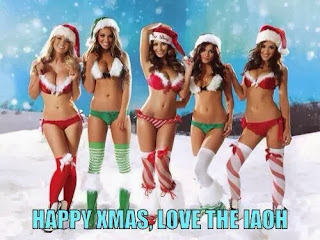 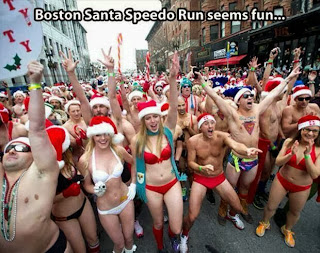 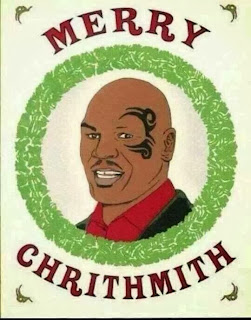 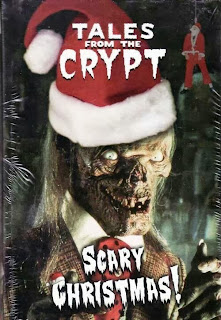 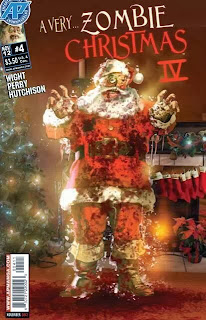 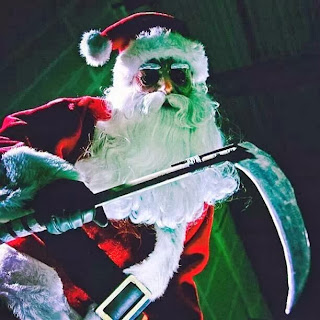 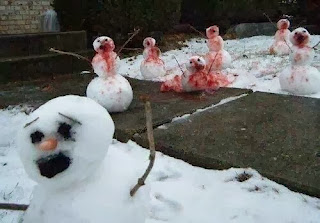 Email ThisBlogThis!Share to TwitterShare to FacebookShare to Pinterest
Labels: Xmas

Life has been going great for the most part. I have no real complaints.

I'm going to try to sit down at a computer sometime in the near future and compose a real post.

Just wanted to check in and say I'm still alive,  just in abstentia. 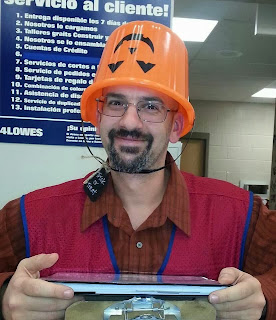 My recent life in pictures (and a few words)

Oh, where to start.  This all might not be in order and there might not be a lot of content but I love my family and I'm using this as an excuse to show them off.

Recently we went to the mountains to go sledding.  Well, to watch our child go sledding in reality because I'm too old and that's just not fun for a fat aging asthmatic (though I did go down once).
I did not dress warm enough either.

Not a lot of pics but a before and after of my lovely fiance who transformed from an Eskimo to an Ewok within 30 minutes. 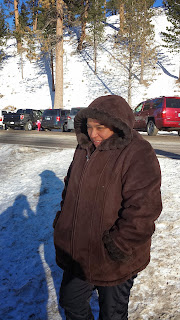 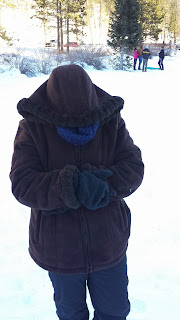 We all ended up shopping recently to purchase a shirt.  We had our boy, her sisters boy and her brothers boy all together at the same time and they wanted to do some posing.  The following is the results.  Notice how we have almost every color of the rainbow with us :) 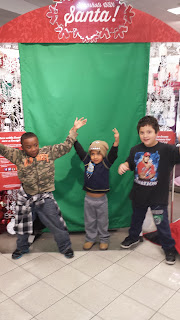 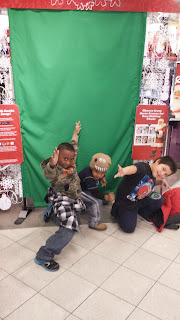 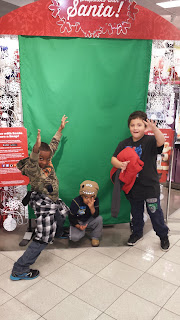 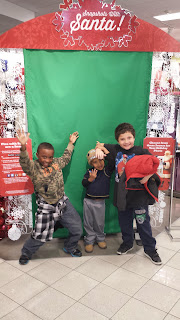 We went to Ethel M's in Henderson to view the Cactus Garden while it was all lit up with Xmas lights.
We went last year and will probably continue to make this a family tradition as it really does look lovely late at night all lit up, even if it's chilly. 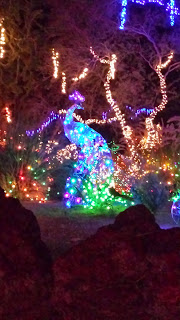 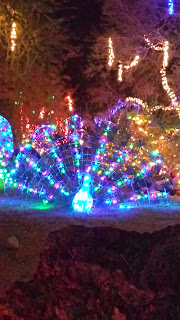 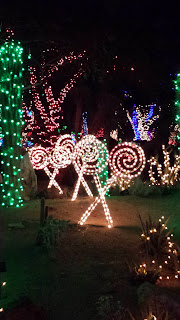 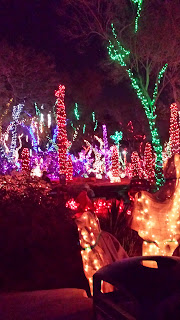 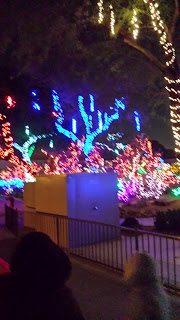 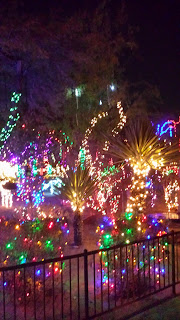 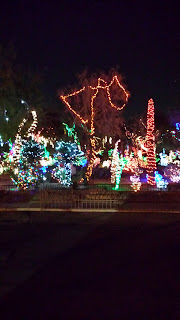 We ended up having someone ask us to take their picture and in return they would take ours as well.  Two out of the 3 that they took turned out good - the last - not so much. 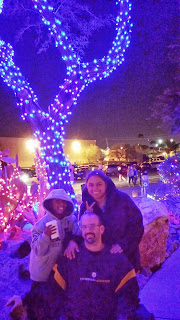 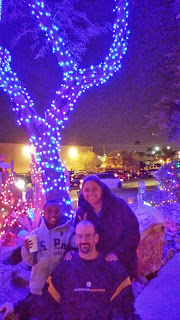 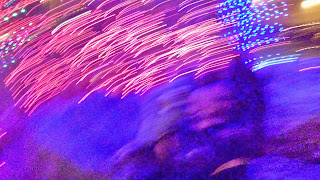 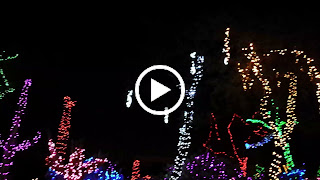 Today was day 2 of inventory - on my way home I had to pick up some prescriptions and I thought I'd treat myself to a relaxing adult beverage! 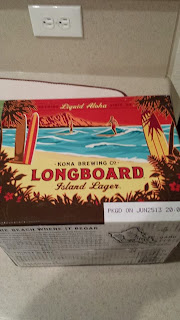 Posted by grrouchie at 6:57 PM No comments:

All I want for Xmas

It's funny, in the past few weeks I've had a few customers snap at me because I wished them a "Happy Holidays" where as they want me to say Merry Xmas instead.
Shit, Xmas was still a month away the first time I said it - how about people stop being so f'n sensitive and just accept some joy instead of sucking it all away with their closed minded beliefs?

Today I came home and, for the first time, did a routine from Jillian Michaels.  My love seems to like her and she is a great personality on the Fat Person show she is part of.  On Xbox fitness her first workout of (30 day shred or something like that) is free and then you need to pony up a little bit of money to unlock all of it.  I'm cool with doing the free one for a week and seeing what I think about stepping up my game afterwards.

Lets just say that my ass was thoroughly kicked.  I feel like I did OK for my first time through it and my "score" was good. (lets face it, this is part of a Video Game system and we are in a golden age of Video Games so of course there are going to be scores and rankings and stuff.)  I wasn't perfect and I have a lot of room for improvement especially with certain exercises.  There were several cardio exercises where I just flat out had to quit for about half of the workout because I couldn't breathe but I pushed myself as far as I could.   There were several exercises where I was trying and I barely scored anything because what I was doing was not enough to even register as actual physical exercise.   Oh Jillian, I'm still exhausted an hour later and want to nap (but I need to get my tush in gear and get ready for work).

I'm going to do this routine one more time over the weekend and get some other exercise in on the other day, probably just cardio, as next week is going to be Inventory week which means 12 hour days and I'll be too tired to actually get exercise in before or after work.

In recreational news I am still playing Diablo 3 and started playing Grand Theft Auto 5 finally.  About 6 hours into it and enjoying it much better than 4 which I stopped after less than 10 hours of play.  Still doing a little bit of Knack on the PS4 now and then as well as I debate whether or not I want to bother trying to platinum it or not.
I'm also playing Paper Mario Sticker Stars on the 3DS.  So, most of my systems have some sort of game that I'm progressing in.  Maybe after the holidays I'll be able to set up a schedule where I can play once or twice per week regularly instead of just on random occasions.
Biggest problem is cannot play games like GTA5 anytime the child is around because .... well... because that game is just nasty in both content and language.

Now, to put some clothes on and get some caffeine in me so that I can function at work before my weekend off.  Oh, inventory week is going to suck like always.
Posted by grrouchie at 11:29 AM 7 comments: