I am typing this on my phone after having a few beers in me. If I miss some errors feel free to point them out in the comments.


I will be saying goodbye of 2016 the same exact way I said hello to it, on the Las Vegas Strip with the love of my life in my arms and slightly under the influence of alcohol.

I had an amazing 2016 personally.
I celebrated my 2nd anniversary with my soul mate.
I got to watch my baby go from barely mobile to running amok and developing into the amazing person that he will be.
I have hung out with friends visiting my tourist destination home and I visited friends back home and watched both the Penguins and Steelers live, at the stadium.
I caught up with a friend who I had not seen in probably 15 years and it felt like almost no time had passed.
The wife and I paid off all of our debt (except the house I own where my parents live).
We then saved up a 6 months emergency fund just in case we need it.


In 2017 we will be saving up a down payment on the house we will buy to raise our children.
We will save money up so that I can upgrade my old car into something more family friendly and economically viable.
And because we have proved to ourselves (and will hit our other goals without worry) we have decided that 2017 we will focus on our health as well because we want to be there to watch our children grow up and raise their own families.

We will be eating healthier and work on losing weight.
My wife will mainly focus on the eating healthier part as she does the grocery shopping and cooking.  I will eat what she makes.
I am working hard on cutting out energy drinks and sodas to an occasional, social, thing instead of an everyday habit.

I am dedicating myself to walking a minimum of 10000 steps every single day.

I am working my way towards drinking a gallon of water a day and cutting out any junk food except on social occasions as well.

I am going to keep track of it and want to write about my progress in a weekly blog update, since I miss writing so much.

I've got other personal entertainment goals that I would like to do as well but saving those for another post.

And while it might seem that I am ripping Mr Subliminal off I have had this longstanding idea about a running commentary about a homeless Poker player trying to work his way up in the food chain that is solely based on my current bankroll and what can be afforded off of that.
However, I feel that my poker playing will be once or twice a month, at best, until after we hit a couple of our other financial goals.

Looking forward to saying goodbye to 2016 but only because 2017 looks to be greater from where I am standing. 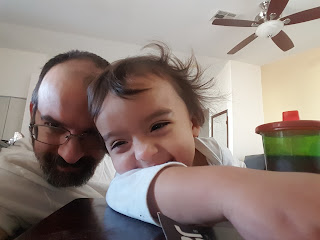