First StepBet game down - Many more to go

Ladies and Gentlemen this post is a bit later than anticipated because it appears as it takes a couple of days for StepBet to verify info and get the results and payouts out.

With that being said - My last Weeks Results!!! 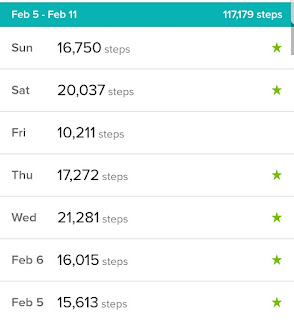 Once again I hit my 10k every single day and the only day where I really slacked was Friday, but 10k is 10k.

Now to the StepBet portion of our show.

I completed my first game of StepBet and I plan on playing more.  My goal of course is to roll this $40 over and just build it up slowly over time but use it as a means to get more motivated and get more steps in instead of just doing the 10k Everyday that I have planned for 2018.

So with that being said my first victory brought me a return of 12.5% or a little over $5.
Yes, doing a 6 week program and getting $5 out of it is really nothing but in reality that wasn't the point.  The point was to see if this little $40 and the competition would motivate me and it sure as shit did.

Not bad.  However, with my personalized goals and this competition I managed to rack up 694,373 steps (Oh so close to 700k) which averages me over 16k steps every single day instead of just 10k.

Wow, what a difference.
Granted, there were days where my feet were just absolutely killing me but in the long run this will become more normal and I'll get more activity thus helping me drop some weight, and that is the end goal.   Becoming more active to keep up with the young brats that I am raising.

So, Game one is done and Now I'm doing a rest week.

With StepBet, the games I am currently playing in have 6 total weeks with the first week being a Warm Up week where you can technically fail every single day and not lose.  It's weeks 2-6 that matter when it comes to the competition and the money.
So - I already know which game I am getting into next and I'm just taking it easy this week and not pushing myself so that when Monday rolls around I will get back to the grind.

This next game ends March 25th and in the middle of that game I'll have to make a decision.

With the new baby coming Mid April I won't be able to start another game and realistically get my steps in when I am spending multiple days in the hospital taking care of my wife and new daughter and then for a week or two after that I'll be at home taking care of the whole family while the wife recovers from her C-section.   So, I'm looking at not getting into another game until Beginning to mid May.

However, If I decide that it will be worth it long term I might get the membership which will let me play in 3 games at a time (thus tripling my income or failure).   If I go that route there is one more game that I am eyeing up that Starts March 5th and ends April 15th.
April 15th, worst case scenario is 1 day before we pop the baby out, thus letting me get two more games in before I take my break.

What I'll end up doing is put some minor effort into running some numbers and figure out where my break even point would be if I went that route and where I would start turning a profit.  I figure the only way I'm interested in that is if I can end the first year at least break even.

One game is not really a good sample size but if I plan on winning every single time (and why the hell would I plan on not winning?) I at least have some sort of point of reference instead of random guess.

Y'all don't want to sit around and listen to a guy talk about walking. 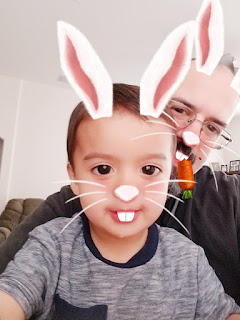 Should I publish it in parts on this blog as I finish them or should I wait until it is done and put it out as a whole?

Also, would anyone like to be a sounding board and/or quick read editor to suggest changes or help me clean it up before I publish it (in whatever form I decide?).

My goal is that the story is entertaining in it's final form and that is pretty much it.
Posted by grrouchie at 5:03 PM