Tomorrow is the last day of the Las Vegas ComiCon and the only day I'll be able to attend this year due to having to work late at work yesterday and today.  I already have my tickets bought and this morning I'm going through the lists of people who will be attending and going over my meager physical comic book collection trying to pick out some stuff to get autographed by the people who do the work I enjoy.

Sitting here trying to figure out if I want to get a second copy of that #1 issue autographed or if I want someone to autograph my favorite cover out of the series has me feeling like a giddy high school kid who just touched a boob for the first time. 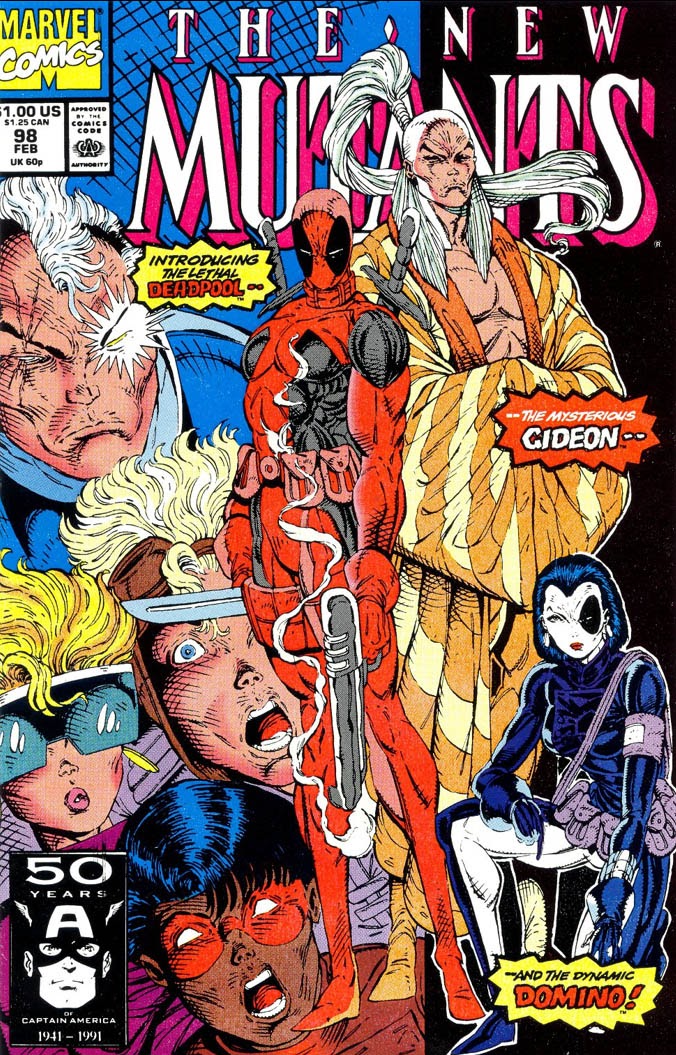 Sure, some of this stuff is easy even if the artist is a douche and charges extra to autograph certain issues just because those issues are worth more and he can get away with it.

Last year one of my friends went and got a few things signed for me and they told me they waited in line for Liefeld and by the time they got up there they learned that he was charging extra for New Mutants #98 and a couple of others.  Oh Deadpool how ye hath cost me so much money over the years. You and your bloody popularity and your 3 million variant covers and your whoring your ass out to every bloody variant cover for comics you don't even appear in.  I will never complete your collection but I'll gobble up the cheap shit as I can!

So this year has a lot of Deadpool people and a few of them I'll have to miss out on because I don't own anything they did.  One guy did a Kid Deadpool one shot but I never got my grubby hands on it.
However, I'm hitting up the Creator and two others which makes me all happy in the pants. 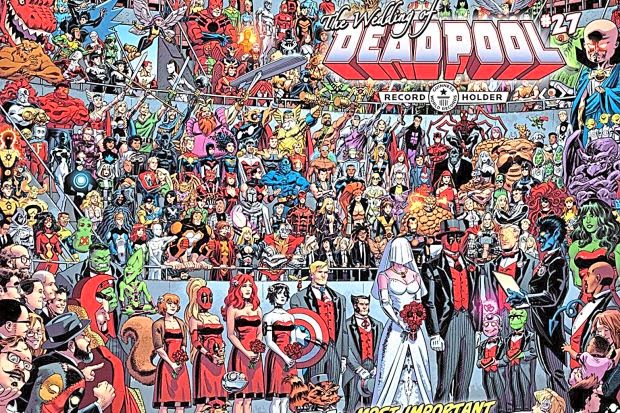 In addition to Liefeld, Gerry Duggan is going to be in attendance and he is one of the guys responsible for the entire run (ongoing) of the Marvel Now Deadpool series which I absolutely love.  Last year my friend got an autograph for me on the Baby Cover variant of Issue Number one and this year I'm trying to figure out a couple of other issues to get signed.  I'll probably get another Variant cover signed and then pick one or two of my other favorite issues or covers from there.  As from the pic above I'm totally going with the Wedding Issue as the cover is now in the Guinness Book of World Records as having the most characters on a comic book cover, like in the history of EVER. 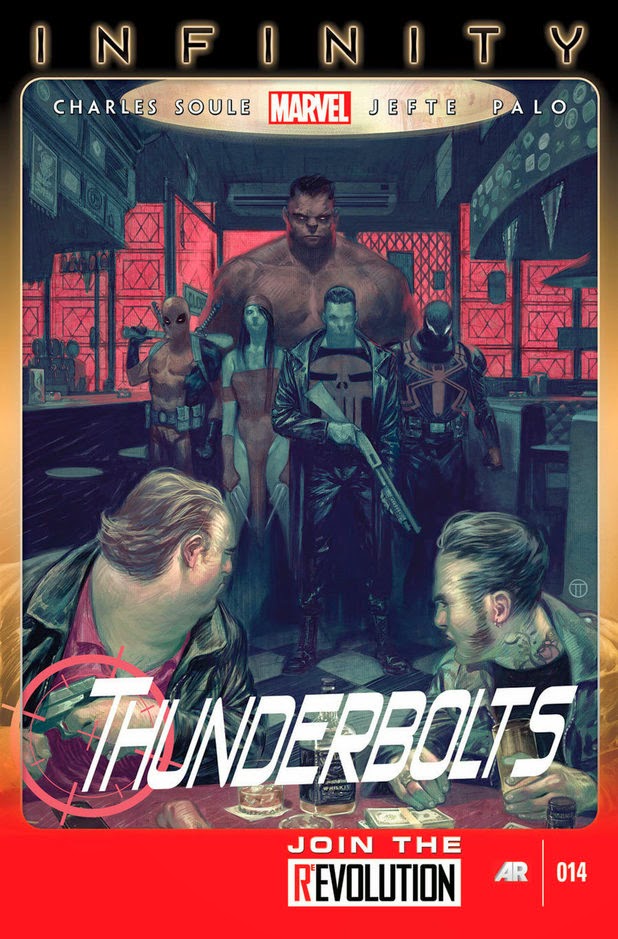 Next up is Charles Soule who took a book with a great premise but whorable delivery and turned it into something worth reading, the Marvel Now Thunderbolts.  Honestly the only reason I even got into this book in the first place was because of the inclusion of Deadpool and he is the only reason I stuck with it.  The book floundered through the first part of the run and then Soule took over and it became one of my favorite books to look forward to.  I was very disheartened when it was announced that starting with issue #27 another creative team was taking over.  However, I have found a writer I like and am now looking for other things he is doing so I guess all's well that ends well.  I think I'm going to take the 1st issue he was part of and the last issue as well (even though I kinda hated the ending) so that I can have the bookends of his Thunderbolts run.

Then there is some minor stuff that I've found I can get signed by various people as well.  The guy who colors Wolverine: Origin II is going to be there and I ended up picking up a Variant Cover for the 1st issue with Deadpool (of course) on it.  Haven't bothered to read it yet but whatever.

One of the artists doing the new Harley Quinn series will be there so I'm bringing issue #0 (with 17 artists, and I hope to get them all before I perish) and #1 along.  And a guy involved with The Chew (comic, not that show on TV) will be there and I have a partial issue of that which was attached to Revival which I have been getting.    That pretty much rounds it out for me.  I'm going to also try to hit up the Liefeld panel when he speaks at noon and hope my boy doesn't get too bored with it.  Well, just generally hoping he doesn't get too bored with the whole thing but there should be enough awesome stuff to look at that he should maintain a bit of excitement most of the time.  Now to prepare myself for "Dad, can we buy this, can we buy that, can we can we can we Oh I'm hungry and I want you to buy me that over priced whatever right here then let me touch your new shiny autographed comic books with my disgusting dirty greasy ketchup covered hands oh I'm sorry it will wipe off I didn't mean to smear it good thing you didn't pay for it oh right you kind of just did but hey it's the memories that count right dad?"