We have started to get our R.S.V.P cards back from a few people, though most of the people whom I sent out invitations to openly just told me "I'm not sending this back because you bloody well know I'm going to be there."

R.S.V.P. always reminds me of this song by one of my favorite groups during my high school years.


I had one invitation get returned to me because the person gave me the wrong address. A case of fat fingers on the phone which is even more amusing because you can see the text that you just sent and it still didn't register to you as being wrong.  But whatever, technology forces us into more errors.  I'll just re-send it and make add a snarky letter to boot.

30 seconds ago I sneezed (beginning a sentence without spelling out a number looks horribly wrong but I'm not going to fix/change it) and the only reason that I'm bringing this up is because I went to wipe off my computer screen from the few pieces of spittle that hit it and upon doing it my screen reminded me that it is a touch screen and made everything REALLY BLOODY HUGE.  Now I'm having issues getting it back to where it was and nothing looks right.

I've received my Grand Wizard Edition of South Park: The Stick of Truth and this will be the next game I play and beat.  It appears as though I've mentally given up on Final Fantasy XIII currently as I haven't expressed any desire to get back to it.  I enjoyed the few hours I played but I only appear to have a couple hour tolerance for playing.  After a couple of hours I find myself wanting to quit and do something else where as games like Borderlands and Diablo I find myself playing for 8 hours and not wanting to quit. 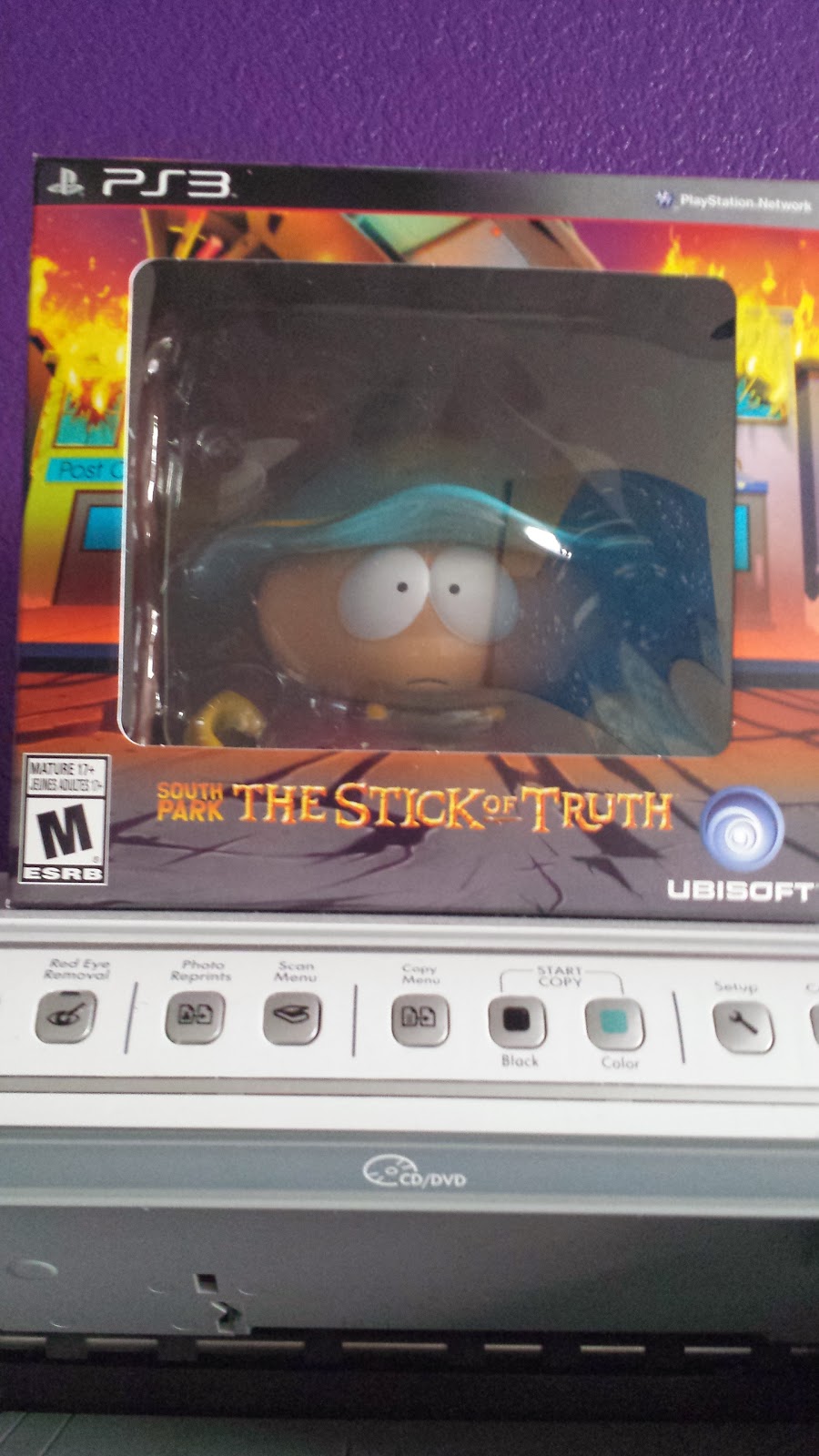 Today is my day off from work and I was wanting to sink my teeth into the game for a few hours before having to take my kid to school but he decided it was more important to get into a fight yesterday and get RPC'd instead.  So now we have a PTC with the assistant principal at 10 am instead.

And speaking of irritating things, it appears as though my body has finally decided to get sick after everyone around me was coming down with something over the last few months.  Mine appears to have stopped at a bit of a sore throat so It's not too bad when others were having to call out of work for a few days at a time because things were violently coming out of both ends.

Two nights ago I started to get my love into Game of Thrones.  We are half way through season 1 and she is enjoying it (except it's a bit more brutal than she would like and she reacts adversely when they kill off animals) so I'm happy to have a show, finally, that we both really enjoy.  I suspect by the end of March we will have gone through all 3 seasons that I have on Blue Ray.  Then it's on to playing catch-up with The Walking Dead for me and I'm going to try to get her into that one as well but I do not have high expectations.

Come 9 am I have to make a phone call and hopefully by the end of next week I will have all of our honeymoon plans booked. Quite excited.  With under 50 days to go things are moving along nicely.

Toodlz my friends
Posted by grrouchie at 7:35 AM

Email ThisBlogThis!Share to TwitterShare to FacebookShare to Pinterest
Labels: Pop Will Eat Itself, Random, RSVP, South Park, The Stick of Truth