It's NOT the Most Wonderful Time of the Year This is the time of the year where, if you didn't prepare properly, you can go broke before you get a chance to have your morning Diet Mt Dew.  This is a wallet draining, agonizing experience year after year after year.

Normally I suffer from Seasonal Depression and as such I hate the holidays.
This has been the first holiday season in countless years where I haven't felt myself going through it.  Sure, there is a twinge of it here and there but this has been a mostly depression free season for me and for that I am thankful.

I attribute this to a number of factors.
1 - Having some stability in my life.
2 - Having my family close by.
3 - New relationship excitement
4 - I'm just that damned awesome yo

On to other things.

Yesterday in Football Sucked!
Royally, horribly, painfully sucked.
The Steelers played bad and looked worse. We had some big mistakes that really cost us in the long run of the game.  Antonio Brown trying to pick up a fumble in the endzone and then just allowing the Chargers to fall on it for an easy TD.  A couple of big dropped bombs from Wallace and Brown, all that could have sustained drives and turned into points but instead forced punts which lead to very short field position for the Chargers.
The Chargers won the battle of field position all game long and as a result they won the game.  Our defense played a hell of a game (expect that one 9 minute drive really) but you cannot expect a Defense to be on the field for as long as they were and not have a few breakdowns.  It was the Offense that didn't hold up it's end of the bargain and for once it was not the fault of the returning from an injury QB who actually looked pretty good overall.
The good news is that the Ravens dropped their second in a row and the Bengals caved at the last minute the the Cowboys.  A win here would have been amazing for the Steelers but at least we didn't lose ground and allow Cincy to sneak ahead of us for the last playoff spot that we are desperately clinging too.

I already bitched yesterday about how MOJO knows the secret to the universe and calmly put his money on Seattle this week to quite possibly lock up the winners spot barring any random mental breakdown in the last few weeks of the season.

I've been trying to call the utility company today to pay a bill but I keep getting "Service unavailable" today.  Kinda funny how much we rely on cell phones and don't know what to do the moment something goes wrong.  Whatever - there is always tomorrow. 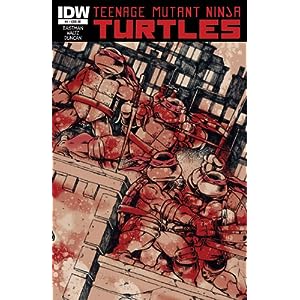 I started reading Action Comics from the New 52 and I'm going to admit that I think I just find Superman to be boring.  Nothing about the 1st 6 or so issues thus far has really grabbed me and compelled me to keep going.  However, recently, I have read through I, Vampire and the new TMNT comics and absolutely love them.  Turtles > Superman 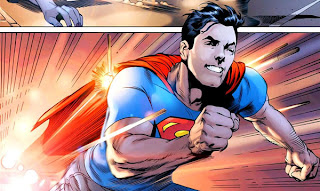