grrouchie thoughts with music and

Just going to start by throwing out a couple of songs that have randomly popped up on my playlist lately that I used to love and now find myself listening to over and over and over.
This is Tomahawk and is off of their first album.  Lead is Mike Patton who is probably my favorite vocalist of any generation.  He is constantly working on his next project and has numerous bands, most of which I enjoy thoroughly.  Faith-No-More, Mr. Bungle, Peeping Tom, Tomahawk, Phantomas and some other projects out there as well.
This song just really gets my blood flowing - it's great during a good session at the gym and I like to try and time it so that it comes on when I'm starting to feel like I need to quit.  This gets me going for at least another few minutes.

This is The Mission by Puscifer - which has the vocalist from Tool and Perfect Circle.
While I really dig the groove of the song the thing that really makes it for me is Mila Jovovich as I just totally dig her vocals here and I happen to think she's one of the most attractive people ever created.  Probably the only reason I keep watching the Resident Evil Movies at this point heh. 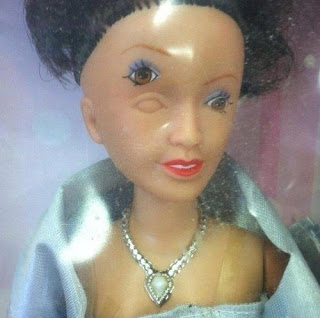 I'm not able to play any poker again until Sunday but I'm keeping my eye on the prize here.  I know that I need to just settle into a nice little routine and play one night a week, maybe two if I'm lucky, and enjoy it.  However, when I start playing I just have the urge to keep playing all the time.  Every free moment that I get I'm thinking I should just head out and get in some time.  Having a new family around me is going to help keep me grounded there especially after we are living together and I'm going to be responsible for actually watching over a kid for hours on end while she works.  Family life is a weird adjustment to my reality. 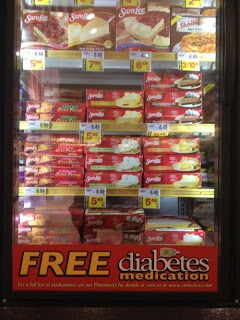 Last night I had the fun privilege of finally cleaning up my front yard. The HOA here likes all the houses to have some trees, shrubs and bushes in the front because it makes it look nice or some shit.  These things all require regular maintenance which I do not have the patience for.  I was born a fat lazy white man who craves an office job and detest manual labor.  As such I get to it about once every two years.  I wish I would have taken before and after pics but I wasn't thinking ahead as I grabbed the trimmers and went to town.  I started with 3 shrubs that were going on 5 feet high and one bush that is close to the ground but grows out and spreads itself multiple feet, the diameter on it was probably about 8 feet when I started.
When all was said and done the shrubs now stand about a foot high and just look like some broken sticks poking out of the ground (they will grow back, they did before) and the bush is about a foot in diameter.
I did notice that during this hot summer the water was only hitting them at 8 am for 3 minutes - I need to change that to allow them to have some water in the evening after the sun has gone down as well.
They are still alive so it's not like it's an issue currently. 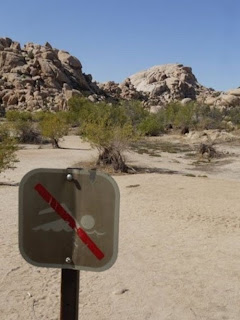 This is what work feels like - a big no swimming sign next to the desert.  I feel in the last few months I've grown into my job somewhat but I know I still have a lot of room for improvement.  However, until there is consistency in the department with staffing there will never be a time to sit back with a beer or three and enjoy a nice swim in the pool of amazing.
I'm sure I've said it before but this is my 10th month in the position - come Saturday I will have lost my 9th person from my area.  It's not like it's all bad as most of them have been promotions to better areas or even different stores (and in one case) or States.  Only one fired and only one quit.
However, losing an employee every single month that I work sucks, especially when they are never replaced until they have been gone about a month.
I just met my new Plumbing Specialist yesterday, the guy he replaced took off 4-5 weeks prior.
My Electrical CSA is leaving Saturday - there were two part time guys lined up to replace him immediately, but both of those fell through.
I'm now left with (currently) the 3rd highest Shrinking Department (Don't worry, I also have #1 in Plumbing) with not enough staff to cover itself for a day, let alone a week.  This is going to lead to a pretty big increase in stolen shit and pissed off customers I fear.
On top of that the department has been double digit comping all year long while understaffed.
It's a shame that my company basically considers Electrical the asshole of the store.  It's overlooked and ignored until you want to blame shit on it.
Even busier stores with more sales in the department are all understaffed.  I don't get it and really can't wait to get away from it. 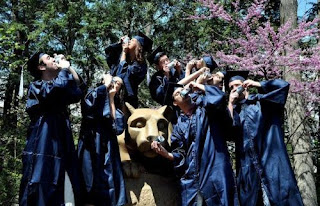 I remember these days partying with the Nittany Lion. Oh, back when Joe-Pa was a God.