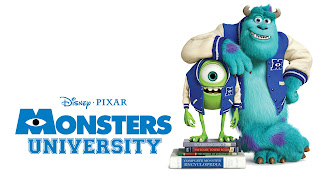 Starting of with Monsters University which was simply amazing and held up to everything I had hoped it would be.  The only thing it was missing was an emotional tie like Boo (from the previous movie) but it honestly didn't need it.  It was a fun mad-cap ride through college life and reminded me a lot of Revenge of the Nerds and that is never a bad thing. 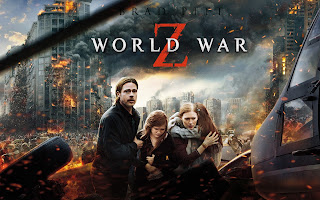 World War Z - I knew this movie was going to be nothing like the book and that helped me to lower my expectations and enjoy it.  It was a fun action/zombie flick that satisfied my desire to see dead things deader. 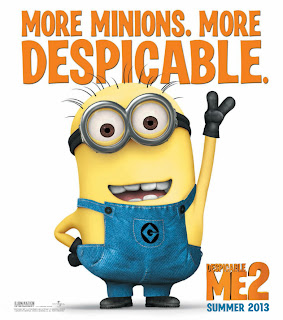 Despicable Me 2 - Another great score for the animated department.  I'll have to re-watch the 1st to see if this was as good or better but the whole thing was enjoyable.  Unlike Monsters University this kept the 3 little girls (specifically Agnes) to keep Gru in check and add that emotional support to the fun and excitement of the movie.  it also introduced a love interest to keep Gru in check.  The main bad guy in this movie was quite enjoyable as well. 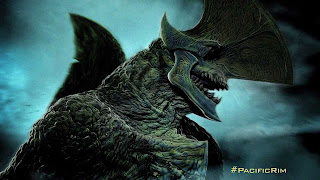 Pacific Rim - Sometimes you go into a movie with really low expectations and this was one of those times.  I went with a group of guys from work and they told me it was a movie about giant robots and monsters and I decided that I'd go and just hope I could find some enjoyment out of it.  When I left the theater I was quite satisfied with the mix of action and comedy and how the movie didn't take itself too seriously.  I could have done without them trying to add in the emotional BS mostly towards the end because lets face it - When you have a movie about Giant Monsters and Giant Robots fighting each other you aren't going to get a lot of chicks going to the movies to see it.  If you do get some they sure as shit aren't looking for romantic sparks to keep them tied to the movie/plot/cast/whatever.  No, they are going there because they want to see big set pieces, action scenes and destruction.  Also, Ron Pearlman!

Preview for The Wolverine looks good and there are a lot of movies I want to catch before this season is over.
Turbo, Airplanes (or whatever the movie by Pixar is called), Man of Steel, The Wolverine, R.I.P.D., and a few others that I can't think of.
For the first time in a few years I'm looking forward to the Summer Movie Season!

I'll hopefully be writing up some sort of poker session review shortly.
Unless I decide that I need to head out and play some more poker.....
Posted by grrouchie at 1:52 PM