2011 has been great year of video gaming for me as I played and finished more games than I have in a number of years.

At the beginning of the year I set out a goal of beating 20 different games and a side goal of beating one game for every system that I own.
Right now, at the beginning of December, I sit with 18 games beaten and am pretty close to my goal.
However, Skyrim stands in the way of me completing the goal as I won't beat Skyrim before the end of the month and I have no desire to play any other games.  So, 18/20 isn't too bad for me really.
As for beating a game on every system that I own I will say that I at least came close for current gen consoles.  I Have beaten games on the 360, PS3, DS and PSP (missing the poor Wii).

So, with a great year of gaming behind me I am looking forward to another great year.
Last year I tried to come up with a list of games that I really wanted to beat and it did help to keep me on track so that if I didn't feel like playing something I had a list to turn to and just grabbed something quick and dirty out of it and this year I'll be taking a similar approach.

Here is a list of games that I want to beat or finish/complete for 2012. 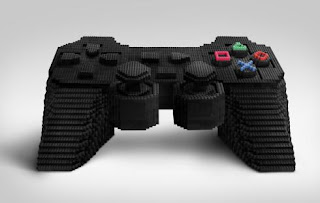 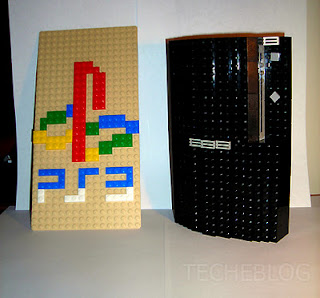 Heavy Rain - My first play through on this was without guides and just doing what I felt like when it came up and I got a pretty crappy ending.  So, I want to go back to this game to get a better ending and clean up the Trophies to get my Platinum.
Ico - Classic game that I never got around to playing on the PS2
Shadow of the Colossus - Another classic that I just never got around to playing
Prince of Persia Trilogy - Got the 3 of these games pretty cheap off of PSN and never played them.
Demons Souls - I need to give this game a real shot or just chalk it up to the fact that I don't have the patience and tolerance to be able to play this type of game as I get older.
Dante's Inferno - I would like to beat this game one more time and Earn my Platinum.
God of War Ghost of Sparta - I want the Plat for every GoW game, this should be fairly easy once I buy the game.
Batman Arkham City - The first game was awesome, from what I have seen of this game awesome is just the beginning.
Uncharted 3 - For some reason i put off playing Uncharted 2 until this year and will not make the same mistake by putting off the 3rd part for 2 years.
Dead Space 2 - Loved the 1st one but for some reason have not gotten around to the 2nd
Dragon Age 2 - Loved the 1st but something keeps stopping me from playing this.  I think it might be the change in combat (and I guess I'm one of the few who liked the 1st combat) and the fact that I don't really ever get into Action RPG games.
Final Fantasy 13 - I just have to give it a shot. I picked it up cheaply and I need to put it in and see what happens.
Skylanders: Spyro's Adventure - I know that this is a game geared towards kids but man do I really really really want to like it.  I really hope this game is a smash success and that they use this as a launching point for similar games aimed at more mature audiences.  I would love to see a super hero game using this type of format, instead of having DLC where I pay money to download other characters give me action figures that I have to place on my Portal of Power instead.  F'ing Brilliant.

And, this list got a bit bigger than I was expecting so I am going to end it and just break down the games that I am interested in playing/beating by system instead of all in one.
So, obviously my lists will contain more games than my goal of 20, but my lists will give me some sort of guidance to keep going.
Posted by grrouchie at 4:31 PM