If you haven't read part one of my series please feel free to go back and do that here.
It deals with the PS3 and the games that I'd like to beat/complete.

So part two naturally deals with the Xbox 360, as system that I saw myself playing less last year than in previous years.
In a previous post I also brought up the fact that I really don't see myself renewing my Xbox Live Gold subscription, at least not for the yearly rate.  As I go through my mental list of 360 games that I want to beat I'll see if my decision is right on or if it's a decision that I wasn't really thinking through.

So, without further ado: 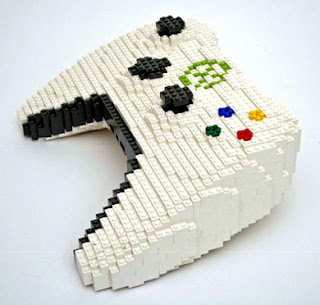 Skyrim - I know that I won't be finishing this game by the end of December and as such it's my goal to finish it off next year sometime.  Fallout 3 took me 100 hours to get through the game sans DLC and I expect that this one is going to be even longer than that with all of the side quests that I keep running into.  I'm currently over 30 hours and barely scratched the main quest and haven't even completed any of the Guilds yet.

Fallout New Vegas - I don't have a real answer why I didn't bother to even put this game in my system and start it up over the course of this previous year with how much I loved 3. I thought maybe it was because after 100 hours I was a bit burnt out on this type of game but with how much I can't stop playing Skyrim I guess that's not an excuse.

Oblivion - Listen, I realize that this list is kinda stupid and stemming from the fact that Bethesda makes awesome RPG's, but I never got around to this game and I'm realizing that I have really really missed out by skipping it.  I don't know what the real chances of me even getting to this one are because I don't get to game nearly as much as I did when I was younger, but this is more a guide (wish) list than a "I'm going to do it no matter what" list.

Gears of War 3 - This game is currently on the list but I might take a few days to run through it before December ends so that I can reach my 2011 goal.
Star Wars TFU2 - Picked up the CE cheap and this is another game that I might run through to end December because it's short and should be pretty fun.  These are the only two games that will hold that distinction though.

Tales of Vesperia - yet another game that has been sitting in my backlog for far too long.  However, the biggest issue with this game is that I'll actually have to buy a 2nd copy of the game to play it since my other copy is a sealed Collectors Edition and I have a hard time cutting the shrink wrap with the value that it holds haha.

Mass Effect - I need to give this game a 2nd chance.  I played about 3-4 hours of it earlier in the year but I really just wasn't in the mood to play it at that time I guess.  So, I'll give it another shot since this series is supposedly one of the best ever.  We will see.

Dead Rising 2 - a nice fun zombie killing romp.
Alan Wake - thinking about getting my 1000/1000 - Just have to beat it on Nightmare and do some collecting.
Red Dead Redemption - Loved the few hours I already put into the game after hating GTA IV so much, so I definitely want to go back to it and actually finish it.

Much like the PS3, a 10 game list (I think) and definitely full of quality games.  However, the thing that I notice is that the 360 game list has a lot more hours worth of gaming as it's very RPG focused while the PS3 has more action games.
Posted by grrouchie at 8:56 PM