About time to get back to church!

Today I'm officially feeling a bit beat up, run down and sore after voluntarily helping to unload and put away the freight truck yesterday.
My first thought was that it would be good exercise and that I could really use the workout.  When I arrived I immediately decided to be one of the two people in the truck sending all the merch down the conveyer belt for everyone else to sort and separate.  I know that my peeps have a system of pallets set up for every department where the merch is sent so that it can be distributed and I also know that I do not have those memorized and as such if I were one of the ones loading the pallets it would take longer because I'd constantly be searching for where in the hell to put everything.
However, another consideration was the fact that inside the truck it would be about 300 degrees and it would help me to sweat like a MoFo, which is precisely what happened.  2 and a half hours later the truck was empty and I was really feeling like I might need a sponge bath and a change of underwear.  Neither of those happened unfortunately and I was stuck walking around with swamp nuts for the remainder of my shift until I got home and was finally able to shower.
All in all I'm quite happy with how well I felt that I contributed to everything and depending on my schedule I'd really like to help out once a week in order to get the hell out of my normal office for a bit and do something else.   I don't really feel like this is something management will really let me get away with too much as it's taking an entire day away from me doing my actual job but it never hurts to try.

The overlying issue is that I'm getting to that point with my job that I don't want to be there. I need a change, I need to switch departments and try something new.  I search the job postings daily looking for anything that reaches out and grabs me by the balls and says "Apply for this" however part time hardware positions don't really scream excitement.
The other issue that I face is the fact that my current position, while much shittier than before for various reasons, affords me to take off every single Sunday of the year.
Everyone knows that Sunday is the holy day.  A day to get in touch with ones maker, eat poorly and have a few (too many) beers.  A day to hang out with other members of the brotherhood in celebration of life, liberty and the pursuit of the Stairway to Seven.

Today, for me, the preseason officially begins as the Steelers take on the Eagles.  I, however, will be working and not enjoying being there while there is football being played. Doesn't matter that it's preseason, I want to watch my boys and see the position battles. I want to cheer them on live and on TV and not from a video I found online after the fact.
But, it will all be OK because, after all, it really is just the preseason.  These are the games that really only matter to a select few who are fighting for a roster spot. It's not like my team has any big time competitions for starting positions going on.  This is a time for my new offensive linemen to develop and gel so that they can lead Number 7 and his band of misfits to Number 7.  This is a time for the defense to get over its aches and pains and get to the point where once again they are proving that age is just a number and no matter what Warren Sap things, we ain't over the hill - we're primed and ready to be number 1 again, number one with a vengeance.

So, won't everyone join me in church this year as we pray? 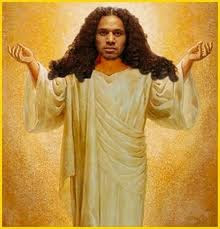 Posted by grrouchie at 7:41 AM