The young and Mentally Exhausted.

Work is taking a bigger toll on me than normal lately.  Getting myself into a position where I'm the Store Managers right hand man when it comes to miscellaneous projects certainly adds a whole lot to the stress bank.
I got to, pretty much on my own, come up with the parameters of a contest for the rest of the store down to everything but the prizes.  This was something that I was told about 20 minutes before I went home and was told that "think about it and let me know what you come up with tomorrow when I come in."

I started work at 6 am the next morning and the store manager came in at noon - which gave me precisely 6 hours to come up with how everything would work so that I could present it to her, and then we presented it to the rest of the management staff at 2pm during the weekly meeting.

My involvement was mostly supposed to end there as she was going to type up and format everything so that the information could be communicated to the store the next day as the contest then started on Thursday (today).  However, as I learned upon arriving Wednesday, she ended up having a family emergency and did not get to the information and was not coming in that day either.  grrouch to the rescue!
I worked for a few hours to get it looking pretty and presentable so that most everything would be in place.

Today I scrambled to get more info out to people and make sure things went smoothly as quite a bit of the staff had no idea what exactly was going on.  Lots of explaining, lots of prepping and lots of talking today but I think most stuff went smoothly.

A friend decided to read me the riot act as her position is such that it's harder to earn entries into the drawing for these prizes that will be given out, but some smooth talking later I got her back to my side begging to have a 5 Guys Burgers and Fries lunch with me (though she ducked out early and then acted all shocked when I ate it on my own)!!  Just kidding lady, :)

Tomorrow I've got a few more hours of work to put into making things run good so that the rest of the weekend will go off without a hitch while I'm not working.  Work is also going to be a short day which means that I've got to focus early and often to make sure I don't get side tracked by other issues.
I'm almost thinking I should show up Saturday and Sunday for an hour or two just to make sure that everything that needs to get done gets done, but I guess that depends on how much I drink and how sleepy I am.

On top of all that the store is going through some major training from the top down because the company has decided to rethink the way it deals with customers and as such that means the company has also come up with new training plans for this approach.  I've been with the company for almost 10 years now and it's actually a pretty radical new approach to everything and I'm looking forward to seeing the transformation happen.  However the big issue comes to the fact that everyone is going to have to be trained and be on board with the new program, which is where I come in.
I'm basically being treated like one of the members of upper management as my major task over the next 6+ months is training training training.
Because of hours I missed the training last Friday but was told by the store manager that she really didn't like it and she wants me to brainstorm with her and come up with something better.  So I'm sure this is going to take quite a lot of my time and attention at the beginning of next week  - specifically because by the end of next week the training sessions are going to start right up again.

Fe Fi Fo Fum, I think I smell exhaustion.
I haven't touched another program that I'm in charge of which of course is Full Store Training and yet another which is more focused on the two extremes of the store while mostly ignoring the soft and squishy middle part (for now at least).
I damned well better get the next promotion opportunity that comes my way after all of this.  Maybe it's my test to see what I'm capable of?
Maybe it's a test to see how long it takes to break me?
Maybe I was wearing boxers and sat down too fast and squished my testes and cried for 30 minutes.
Child birth has nothing on that feeling - women exaggerate that shit.
Pshaw, minor taring, whatever. 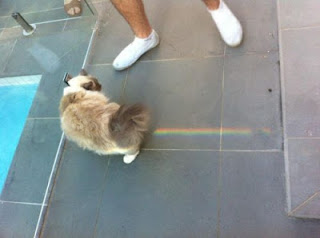 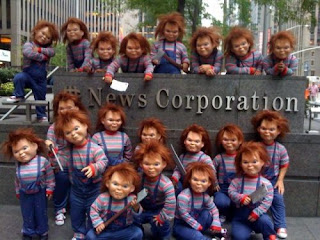 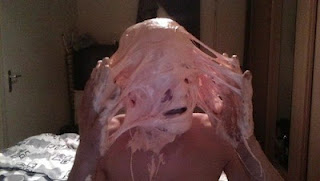 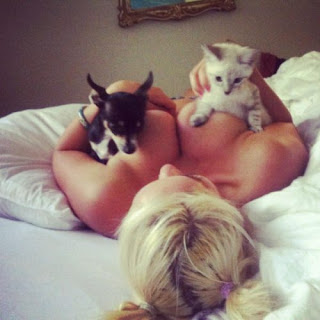 Posted by grrouchie at 5:48 PM