I Eat Because I Love Food 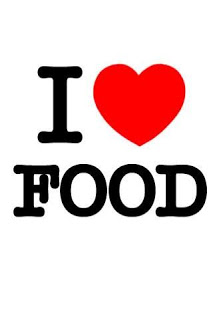 Over a year and 80 pounds later I still have a lot of work to do.
A lot has changed over the past year but some things still remain the same.
I love to eat.
A-Lot.
I mean, just sit down and dig in to some tasty shit and keep going until I'm about to puke and I have to remove all my clothing to feel better.
I just like food.
And, no matter how much I've cut back over the past year+ I can still just pig out to a large degree whenever the mood strikes me.

The biggest difference between now and then is that after I do this I'm in a better mental state to recover and get back on track quicker than before.  Back in the day (trade mark pending) It would take me a long time to get back to eating better to lose weight.  I'm not talking a couple of days or weeks... I'm talking fucking years man.  I fall off that wagon and I fall like an alcoholic accidentally tricking himself into taking a sip of his favorite drink after catching his woman banging the milkman. On the Front porch. With the neighbors filming it and streaming it live on the internet.

Now, it only takes me a week or two (sometimes less) to flush it out of my system and get back to where I should be.  I don't fall for as long and I don't fall nearly as hard as now when I give in and go on a week long bender I only maintain my weight instead of adding back the pounds and having to start over.
Baby-Steps (also trademark pending).

With this in mind I'm going to try to train myself to eat less (again).

Today I took my first break and found myself reaching for my food.  I stopped myself and pulled out a water and started drinking it instead.  I thought about it and realized that I wasn't hungry.  I just wanted to eat.
I'm a nervous eater.
I'm an anxious eater.
I eat when I'm depressed and when I'm happy.
I started life malnourished for about 8 years and I never want to feel that way again, so I eat.

I still got my calories in. I also got my exercise in.
I'm going to keep trying to cut back on my "eating just to eat" and see if I can get out of the habit.