An evening with Ghosts, Ghouls, Zombies and other unpleasant things

I'm going to start out today's little ramble by stating that no matter what I end up typing below, I don't feel that my words will actually do justice the fun times I had last night and the company I kept. 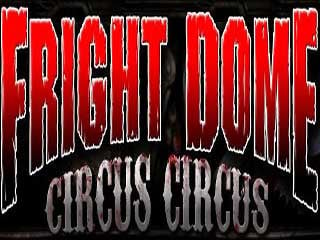 Remember that old classic song with the line "Don't know what you got till it's gone?"
Pretty much how I felt yesterday when walking into the Fright Dome at Circus Circus.
I've never been a huge fan of the holidays but always liked Halloween because it gave you a chance to be creepy for a day and explore the dark side of life (Although now it's just an excuse to dress like a slut ho douche bag sperm burper and wear as little as possible, but that's another rant for another day) with zombies and ghouls and whatever.  As a kid I still remember the excitement when I got my Freddy Kruger outfit complete with the sweater, mask and glove.  I actually had that glove for a long time until it finally disappeared either during my college years or shortly after.  I remember dressing up during high-school and just walking the streets during Halloween just because.  So, as things go when you get older, I just kind of lost touch with that spirit.  Every year I see the advertisements for haunted houses and every year I say I'm going to go but never end up doing it for various reasons.

This year, there was no excuse. I had an invite to hit up the Fright Dome with 5 haunted houses and some other attractions (along with some rides as well).  This year they are featuring George A Romero's brilliance with Ward of the Dead (which was primo top shelf grade A creepy shit if I do say so myself).  Romero will actually be there tonight (which Is one of the reasons we went last night - I expect tonight to be incredibly packed and lines to be a lot longer).

One of the Haunted Houses was called "The Anniversary" and when you start nearing the end they give everyone some 3D glasses to wear and continue your journey.  The 3D was pretty awesome as they painted the walls and added in some creeps that could only been seen (or hidden) because of the 3D effects.  One particular hallway was full of red and blue dots and hidden underneath the surface was a couple of people dressed up in all black with the same dots on their outfit so they could blend in.  When you got close the dots looked like they were moving a bit and then BLAMMO screams and thrills and chills.  Truly the best hidden "jump at you" moment that I've experienced in any Haunted House.

First walking into the area the whole place was darkly lit with tons of fog everywhere.  Lots of black lighting to go with it.  I had the feeling of a young kid hitting up his first Haunted House, there was a definite sense of awe about me.  We walked over to the closest Haunted House and waited in line.  BS'ing about random stuff and listening the sound effects being pumped through the entire place and more importantly from the neighboring scare zones.  Upon entering the 1st Haunted House I lit up like a kid getting candy, I'm not 100% sure if I stopped smiling the entire time I was in the 1st house (and subsequently the rest of them as well) as I was just so excited and happy to be there and experiencing it.  I kept watching the others around me as things jumped out at them for the various scares and watching them back peddle, or scream or jump or run into the person in front of them trying to get away and I just smiled.  I must have looked like a complete crazy idiot smiling my entire way through what was supposed to be scary and creepy ( and I admit, there was a lot of creep involved.  I was highly impressed but some of the layouts and looks and the people working there).

Fright Dome has been going on for 10 years now and I have been in town for 6 of them but haven't gone until now.  I've made some bad decisions and will have to correct this buy making sure I go every year from here on until the end of existence.
However, this year I still have 2 other places I'll be hitting up. 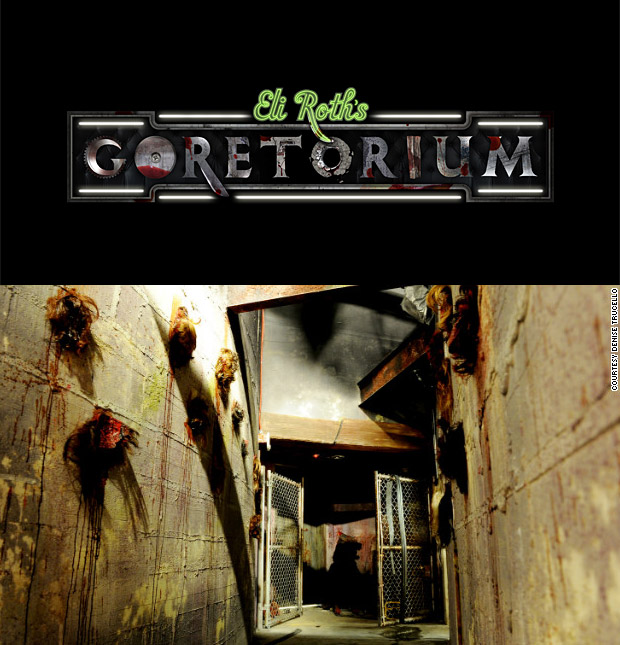 To the lovely lady who accompanied me on such a fun evening and humored every little thing I wanted to do: Thank you!  You are amazing and will be repaid in kindness.
Posted by grrouchie at 12:19 PM