I just felt like it was time to get back to some of the random degeneracy that I've enjoyed in my past.
Tuesday is a very manly day.  You've survived the weekend and kicked Monday's ass and now you need to be rewarded.  Thus, during my ramble you'll get some good old grrouch love to go with my words of wisdom and kindness. 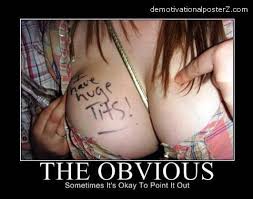 I pretty much love my life right now.  Everything has fallen into line and I'm mostly in this happy place that I really didn't know I could resign for more than a period of a few hours at a time.  It's a bit strange because I like being an old curmudgeon and all.  And shit (not a proper way to start a sentence I would probably get told by my old English profs) the holidays are right around the corner so this is 100% prime time for me to start to slip back into seasonal depression mode (I've suffered for years) but I feel like thus far I'm doing good on that end of it as well. So - Boobs! 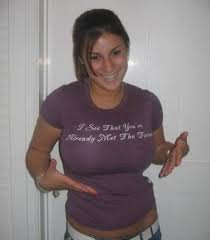 Facebook could pretty much be the downfall of modern civilization.  It has turned into a huge time sink that I've been trying to avoid lately but only managing to avoid on a temporary basis.  Last night I got home at about 11pm and after a quick phone call and a few conversations online with people I realized it was after 1 am.  Now, I do realize that Facebook is pretty much just the new version of the online time sink that I discovered back in the mid 90's when I was introduced to mIRC and the ilk.  So - I've been obsessed with "chatting" online for ages but I've just decided to blame it all on Facebook anyways because they are the new evil empire and trying to take over the world and I like G+ better but no one fucking uses it it seems.
:)

So, sticking with the new Evil Empire - while talking with an old (time wise, not age wise) friend last night I mentioned that I think it's weird that I have yet to start going through my mid-life crisis.  I don't expect it will be easy to double my current age and thus I fit the definition of someone who should be going through one.
Her retort is that maybe the new Job and new Store and new Outlook on life IS my mid-life crisis.
My response:
"Accepting a large raise and more responsibility is not a midlife crisis.... Buying a fancy penis mobile sports car and banging a ton of young broads is a midlife crisis.... Hookers and Coke and gambling binges and drinking binges that last days or weeks trying to keep up with the 20 somethings... that's a midlife crisis dammit...I'm so lame I even mess that shit up"


I've got two pics left for the post - Everyone is forewarned.  One is for the ladies and one is for the freaks who frequent my end of the world.   However that means that I need to come up with two more small paragraphs of information to type out. 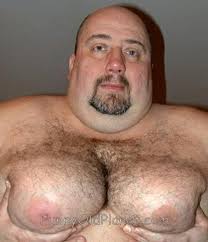 While I have definitely slacked this month on my monthly goals I have started to look at my budget for the rest of the year and try to plan out November and December.  I'm also thinking ahead for next year and of course thinking about socking money away for vacations and retirement and all kinds of other stupid crap.  I'm not getting younger and I need that 401k to grow like a mofo so that I don't have to keep doing this until I'm 80.
It's almost time again to sign up for the Stock Purchase program at work and I'm debating between contributing enough for one stock every pay period or one per month.  I really need to sit down and look at all of the percentages and see what the end game result looks like once I start diversifying my eggs into their respective baskets.  Currently, while hammering off my debt, my baskets have been eggless which I realize is not recommended by most but I felt like it was the wiser decision at the time.  So, now that the debt has pretty much gone into a black hole of non-existence it's time to start increasing my contributions and making up for lost time.  It's just a matter of how and to what extent.

The stars might be aligning and I'll be meeting one of my newer friends in a couple of weeks.  Steelers fan and all around smart chick, stopping into Vegas for a few days on her way to some new fancy city with a new fancy job but doing the sensible thing and stopping by Vegas to visit family and friends.  Thus starts what I am dubbing "Visit Serge Season 2012" because if things work out I'll have somewhere between 2 and 4 rounds of visitors before the end of the year.  I'm guaranteed one, hoping for the rest of everyone's plans to pan out as well.  I'd love nothing more than to be able to share degenerate stories about friends vacations to my lovely city for the world to read (and of course keep them anonymous so that no one has to fear embarrassment!)
Hope y'all have a great Tuesday. I'm going to go and try to be productive before heading into work tonight.  I've got a lot planned for Weds and Thurs so I might not see ya again until Friday.
Posted by grrouchie at 10:00 AM