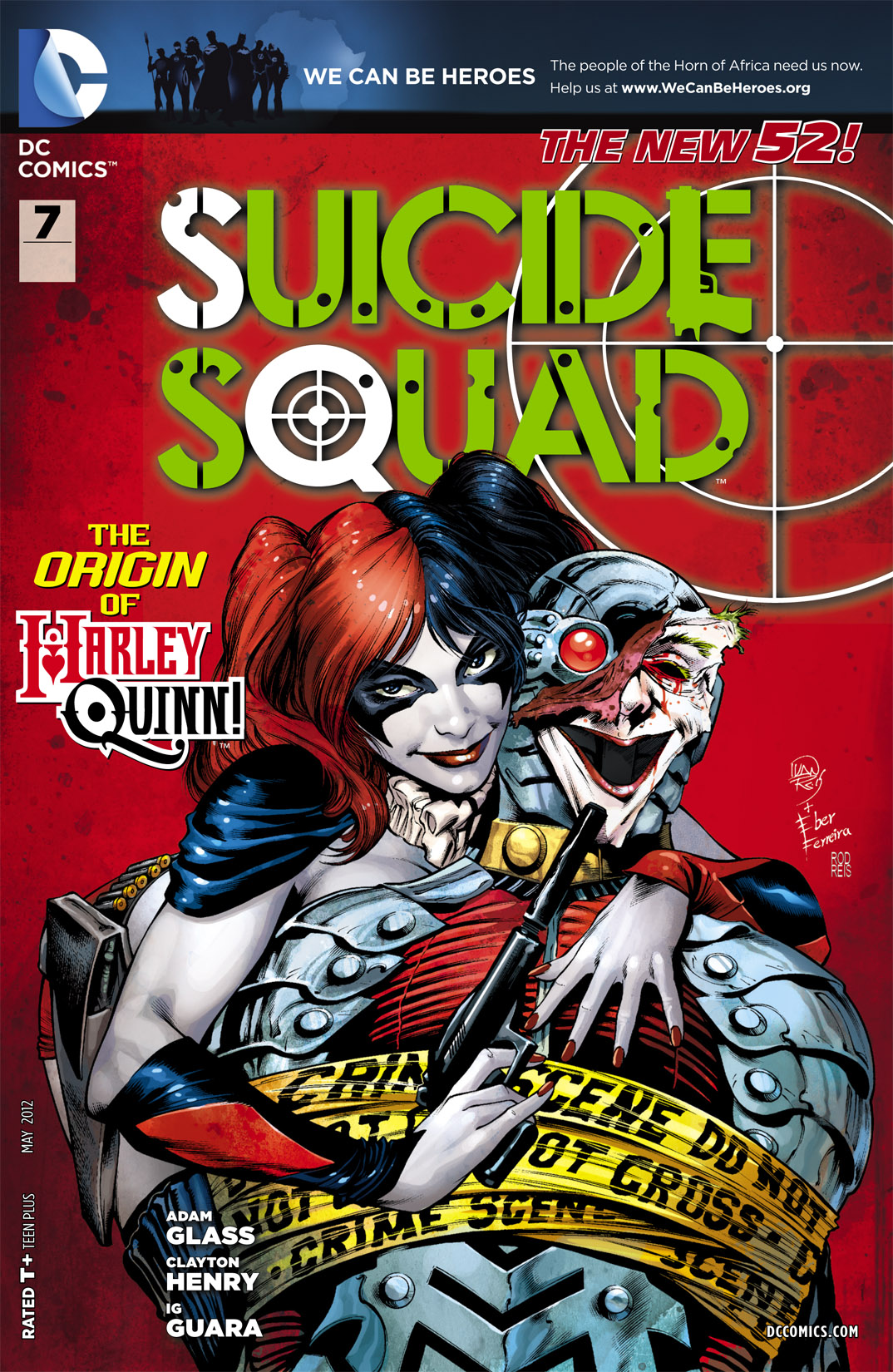 Once again, much like with Red Hood and the Outlaws, this book just didn't really grab me right away.  However, what it did was slowly let me into its world so that I could fall back in love with a character I forgot that I adored so much, Harley Quinn.

For all of the colorful cast of characters that this comic has to offer Harley is by far my favorite.  It's the comments, the antics, the off color humor that really does it for me.  Much like the same reason I love Deadpool so much.

It wasn't until Issue #7 that prominently featured the Joker that I really started to get into the whole book and I am really looking forward to Death of the Family to see how the Joker and Harley tie back together after he's been gone for so long and presumed dead.
The Scene where Harley tracked down his bloody face and put it on Deadshot to kiss, scream and yell at him was just amazing.

There is something to be said for her sex appeal as well.  I do love myself a crazy chick and from the moment I saw her animated in Batman: Arkham Asylum I knew that I was in love.
Crazy and deadly, what better combination is there for the woman of your dreams? 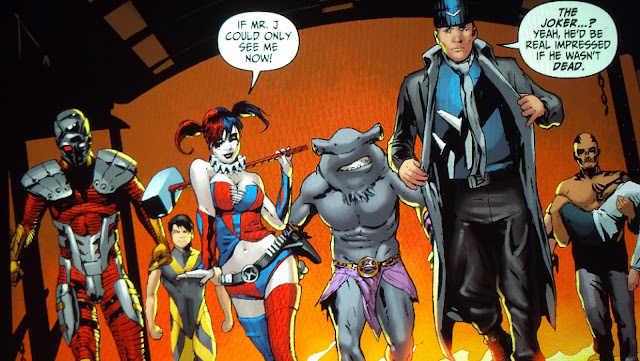 For the rest of the cast of characters we do have some other good ones as well.  Deadshot appears to be the ring leader to keep the group from straying too far out of line.  El Diablo is a crazy guy with fire powers who believes he is answering to a higher calling with his actions.  King Shark is my number two favorite character just for the sake that he is a big F'n Shark and he constantly wants to eat meat.  Nice, simple and easy.  Yo-Yo appears to be indestructible after surviving being eaten by King Shark and living in his insides for a month.  There are some others who have come and gone but those listed are the main ones that I'm willing to type about right now.

So, now that I've avoided the whole premise of the book I'll just sum it up before one more pic of Harley.
The Suicide Squad is a group of Super Villains who have been assembled to fight for good and do dirty work that no one else will.  They way they are forced to cooperate is they all have bombs implanted in their necks which can be remotely detonated any time that they have gotten out of line (and so far one person's head did go boom).  They are given dangerous missions to accomplish with time framed deadlines.  The longer the book goes on the more I'm enjoying it and I think I'm going to start picking up the trades so long as the story arc through Death of the Family doesn't disappoint.