Invincibility.
You can use a cheat code in video games to attain it or you can go the simple way and just touch a shiny star and be granted the power for a short period of time.

But, this is real life and stuff like that doesn't exist.  I'm living proof that it does.
In fact, the more I think about it the more I feel that all of the good luck that I can muster occurs outside of the poker room by surviving amazing situations where people usually wouldn't survive - unscathed.
In the poker room I'm doomed. 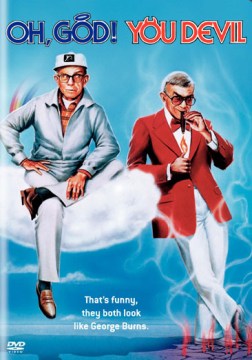 God and Satan had a discussion and God let Satan pick how to torment me for the rest of my life.  Satan looked at God and said "well, he loves poker more than any other of his hobbies.  As long as he continues to love the game so much I get to haunt him and cause him to lose hands where he is over 90% to win when the money goes in."
God said "Agreed."

Satan, knowing he cannot touch me outside of a poker room, has been sending his minions after me for most of the years of my life but luckily I got the good George Burns on my side there.

This story comes direct from my college years and is now over a decade old but it does illustrate the point nicely.

I believe it was my freshman year and I was about to head out with some friends to play some Magic: The Gathering. It was winter time which meant that it was pretty close to the core temperature of a witches tit. So, as per my norm I had on a couple of layers and my Trench Coat. Inside one of my coat pockets was my asthma inhaler.

We hit up my friends for a game or two and then decided to go outside and enjoy the whether for a bit (not my idea obviously). While outside we ran around like idiots, hit up a couple of stores, threw snowballs at each other and other assorted things that guys do in the snow that involve name writing! Then we went back to play more cards.
A little bit into our session my asthma started to bother me a little bit. Between the cold and the cats (friends house had cats, duh) it wasn't a pleasant night. I reached for my inhailer and it had vanished. I thought nothing about it and continued to play for a bit longer and over time my breathing got worse and worse. Now I started a serious search for my inhaler and turned up empty. I got my friends involved and we went outside on a blue inhaler scavenger hunt and still turned up empty. At this point my lungs are crying out in a panic that I desperately need some sort of medicinal attention to them. I can't breathe, the cold is making it worse, the cats are making it more worserer and I'm trying to remain calm, cool and collected so that my friends don't panic. I ask to be taken back to my dorm because I've got other medicine there waiting for me.
My buddy drives me back and I do my best to actually walk to the door that enters the dorm area. I have to get the key out of my pocket to let myself in which I did after a couple of attempts. At this point I felt like I wasn't getting any oxygen into my system. My breaths were short, sharp and painful. My head was hurting from the lack of oxygen, my hands were shaking pretty badly and I'm still trying to act like it's no big deal - been there done that!

I finally open the locked door and throw my hand up in victory to signal my friend that I have won the battle and to hustle his ass on home, he obliges and pulls away in his car. After about 10 seconds or so when I know that he will be out of eyesight I completely collapse to the floor in exhaustion and try to figure out how I'm going to make my way to my room.

I think it's important that I take a moment right now and point out that this all happened PC - Pre Cellphone!
I know it seems strange to remember a time where one didn't always have a cell phone on them and able to call anyone at a moments notice, but alas it did exist.


For anyone out there who has asthma I do not need to explain the whole "not breathing" thing.  It's the scariest shit in the world when you are having a bad attack and throwing medicine in your system in order to relieve the tightness in your lungs so that you can start taking deep breaths again in order to supply your body with the proper amount of oxygen to live.


For those of you who do not have asthma it's really hard to describe - I'm assuming it's similar to the feeling of drowning, being stuck underwater and needing to inhale but knowing if you do water will fill your lungs and much unhappiness will ensue.  Imagine, if you will, laying on the ground and someone puts a 200 pound weight on your chest.  It's heavy as fuck and it really limits your ability to do anything at all.  Your inhalations are short and shallow because the weight will not allow your lungs to expand properly to fill up. your exhalations are painful because you're afraid if you exhale too much you won't be able to get anything back into the lungs.  Your breath becomes shorter and shorter.  Everything feels restrictive and your concentration begins to fade.  For me, during a bad attack, I pretty much need to be naked from the waste up.  A shirt feels like it is tightening around my neck and someone is holding it tighter and tighter.


I've had two "Oh fuck I'm going to die" attacks in my lifetime that I can remember (And I think I had a 3rd when I was really young that landed me in the hospital oxygen tent for the first time), this episode was the second one.

Back to the story.

I'm crumpled on the floor, 200 pound weight strapped to my chest wearing a wife beater, a T-shirt, a long-sleeved shirt, a Flannel and a Trench Coat.  Now that I'm inside, between the lack of oxygen and the 50 degree difference in temperature I'm now sweating like crazy and overheating.
In order to make it to my dorm I have to go down a short hall, cross a lobby, enter another key-locked door, and make it down another hallway and a half.  That is where my door is, key-locked of course.  Stupidity and pride have put me in a position where I have to figure out a way to do this on my own because my only chance for help drove off 30 seconds ago in a car.  It's 3 am and most everyone is sleeping.  My dorm is in the "Life House" portion of campus which means drug and alcohol free - meaning pretty much everyone is fucking asleep and no one is going to find my body for another 4 hours.

I completely lack the ability to scream or make most noises beyond a whisper because it would take too much breath.

I tried to get back to my feet so that I could stumble on towards the room, my legs were to wobbly, my knees were weak. I had nothing to pull myself up with except my own strength and my fat ass felt 8 times heavier than normal so I crawled on all fours.  I have no idea how long it took me to reach my own personal door nor do I know how I managed to actually get my 3 shirts, flannel and jacket off and drag them all with me along the way but I remember fumbling for my keys trying to get the right one in the hole so that I could open my door and just die in fucking peace.  I couldn't concentrate on anything, I couldn't fill my lungs and my whole body was trembling yet somehow I made it into my room and crawled over to my bed where I turned my fan on high and let it blow into my face for an undetermined amount of time.
Oh, the sweet sweet fan of life, my savior.

For anyone who doesn't know - THIS is the exact reason why I have a fan on at all times.  This is the reason why I will never be without a fan running while I am sleeping.  The fan is a life savor to me, and I'm sure a host of other asthmatics out there.  When the fan is blowing in your face things become easier.  It might not help with the actual attack but the fan is a whirlwind of forced air right into your face, air you otherwise lack the ability to get when your lungs are so constricted.

Once my body stopped trembling I started the mad look through my shit for medication and I found none. I was out of inhalers somehow, I was out of pills, I was out of everything.  It had all disappeared except for my pulmo aide - the breathing machine of life.  If you ever are unfortunate enough to go to the hospital with a bad attack or take someone in, the first thing that they will do is put you on this machine.  Luckily (odd use of a word right?) my asthma was so bad as a kid that I had one provided for me free of charge and I took it everywhere I lived.  I hooked it up and filled it up with medicine, overfilled it even, and then turned it on.
I collapsed back on my bed, set the fan up to hit my face while inhaling and exhaling and pretty much passed the fuck out once I was able to breathe almost freely.

The next day, Sunday, I woke up and made a phone call home asking for more drugs to be shipped to me immediately because mine had vanished, probably stolen and by Tuesday they had arrived.  Tuesday was the first time I had left my dorm since then and for the most part from Sunday till Tuesday I spent in my room, in front of a fan and on my pulmo aide machine trying to maintain any amount of regular breathing. Probably the longest span in my life time and I hope to never repeat it.

Once again surviving a near death experience, this was proof to myself that I am invincible and cannot be killed. This doesn't mean that I want everyone out there trying to prove me wrong. I'm just saying...

Posted by grrouchie at 6:45 PM