Last night I was invited to go along to watch some good old Midget Wrestling and how in the bloody hell can anyone turn down an offer to watch violence between multiple little people?
Well, the answer is that you can't and I didn't and thus I began planning my trip to the Riviera.
I pulled up the Bravo Poker App and saw that there was also an honest to goodness live poker game going on so I decided to go buy-in for a small amount and just play for a few hours until the show started.
The table had 2 open seats when I sat and later the last one was filled up. After about 45 minutes or so the entire table just got up and left almost all simultaneously, damned locals.
Well, actually we dropped to 3 handed with 2 others taking a very long bathroom break I guess.
Played 3 and 4 handed for about 45 minutes before everyone just decided to give up.  During this time I doubled the money in front of me and in the end left a $119 winner, basically paying for my entrance into the Midget Wrestling show.

There are only 8 wrestlers but that didn't make it any less awesome.
There was also maybe the most gorgeous red head I have ever seen in my entire life at the show, but I didn't get any pictures of her so sadly I won't be posting them.

I took a bunch of pics of the mini's in and out of the ring and I realize that they aren't great quality but dammit I'm showing the world anyways. 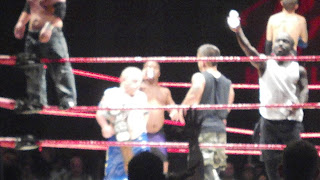 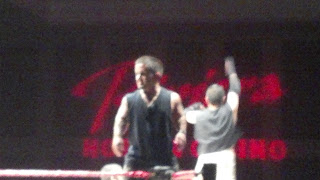 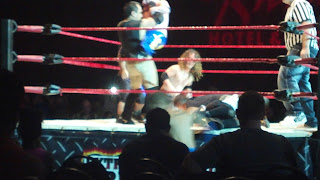 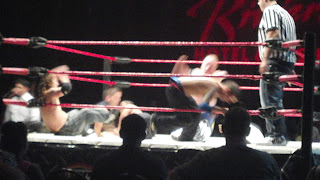 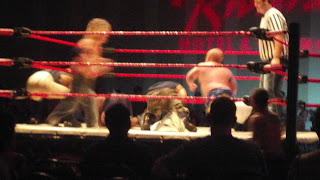 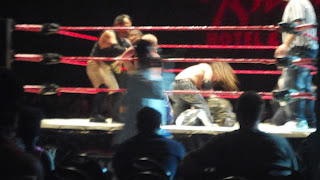 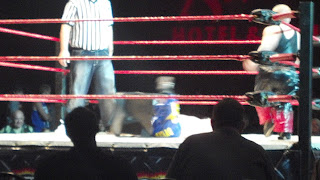 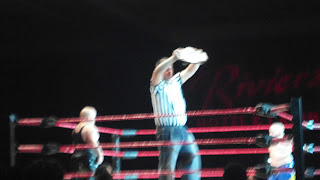 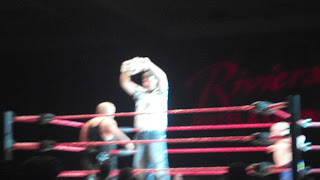 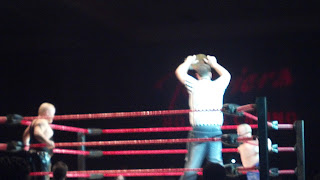 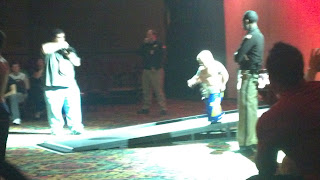 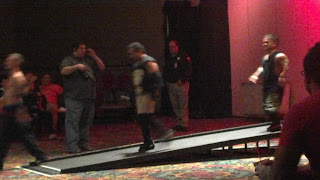 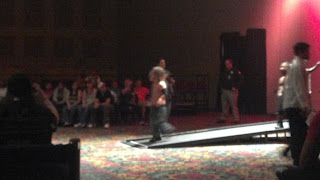 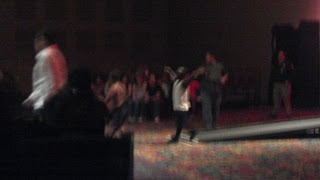 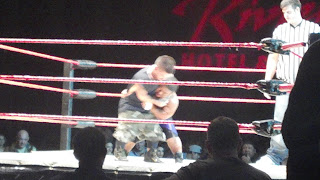 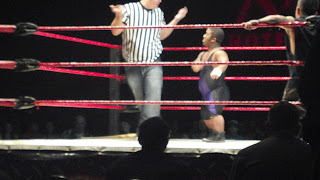 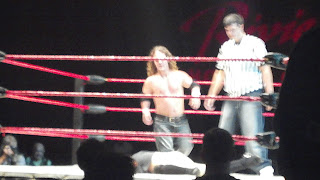 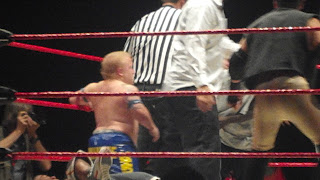 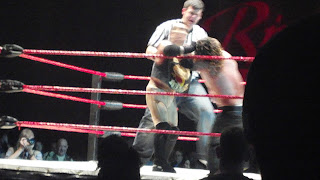 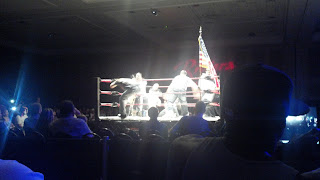 Posted by grrouchie at 8:17 AM