Interview went well today - they all do.
I don't mean to sound conceited or whatever, but the fact is I have been doing this job long enough that I know what they are looking for.  A little pre-game coaching doesn't hurt either.  However, we all know it's not all truly about the interview no matter what lies you are spoon fed.

I felt great about my interview.  Much like every other time, as soon as I open my mouth and start talking all my nerves go away and I've got this great focus where I am glancing back and forth between the two people doing the interview and reading any reactions they might be giving off.

The way it works in my company is there is a set group of questions that they have to ask to every single person. There are two people giving the interview and they take turns asking the questions.  While I am talking they have to write down my responses in whatever amount of detail they need so that after all the interviews are done they can look back over everyone and start to pick out who gets to advance to the Store Manager round of the playoffs.

For the most part I went into huge detail and kept talking until they ran out of space to write down any more information.  If I stopped early and noticed that there was still some white space on their paper then I started speaking again so that they'd have to keep writing.  My ultimate goal is really to give them hand cramps, plain and simple.

At no time did I ever falter, was I ever too vague or were my answers incomplete so that they'd have to look at me to see if I'd continue to give more information without prompting.

After the interview was over the non HR manager asked me a few more questions (much like he did last time I went through this process with him) and I believe I nailed what they should be looking for with those questions too.  He gave me the normal "Well you know we..." and I cut him off and said "Have Seven hundred more interviews to give and will get back in touch with me once they are all done...."

He continued "... have another interview today and I think we have one on Friday.  If we choose you we'll be back in touch but that probably won't be until sometime next week."
I responded with "No problem there.  I've got a lot of work to do on a daily basis so I'll just keep on trucking and awaiting your eventual phone call."

The HR followed up by telling me that she definitely will be following up with me in the near future.

This leads me to believe that she either thinks I'd be a great person for the job or she wants to jump my bones, both of which I'm perfectly OK with.

However, upon getting back to work I find out that my arch nemesis also decided to apply for the position in order to follow his buddy to the other store.  Now I understand the look and tone that the manager rattled off the last bit of information to me.  It was pretty much "Well, thanks for coming in, blah blah fucking blah, wait for the rejection email and then move on with life..." which I think the HR noticed which is why she stepped in telling me that she would definitely follow up with me.

What it all boils down to is this - I feel like I just gave a perfect fake interview and I'm not exactly excited that I wasted my time.  Had I known about the other persons interview I would have turned mine down.  I don't want to go through all the emotions and preparation when it's just going to be a psuedo interview to satisfy the posting requirements.
So, good luck to him and I hope he gets the job because that will create an opening in my store which is really more convenient to me.

I already get treated like a manager there.  I already know what to expect and I know who works and who doesn't work.  I know where my training would have to go and who I can rely on.  I also know what managers of mine I can lean on and which ones to avoid and how much I can get away with.

Either way, I'll be happy once this is all said and done and I look forward to moving on to the next stage of my career.  One way or another this position is mine - it's just a matter of what store it will be in.

I'm leaving my PS3 on to download Double Dragon Neon overnight, which I'm told has a Megaman cameo.
I ate some hot chicken balls for dinner and washed it down with a beer.
I'm about to was down my beer with another beer. 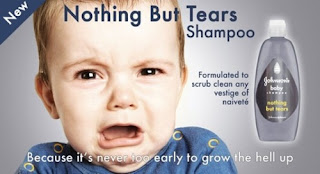 Posted by grrouchie at 8:24 PM