Yesterday I helped the lady with some yard-work.
What actually happened is that I got to play with a weed whacker for like 2 hours and just cause massive amounts of destruction and enjoyed the shit out of it.
However, what failed to happen is me putting on any suntan lotion or a hat or anything else that would have helped keep the sun off of my sensitive parts - my head and neck.

So, yeah, a little sun burnt.  I am a pale white guy after all.

After that was over we relaxed a little bit and then took the kid to the park where he proceeded to want to play some football.
He was playing with some other boys for a while but when they were done he wanted me to play.  Problem is the football he has is basically a Nerf football.  It's horrible, the wind decides where it wants to go and it's been beat to hell so it doesn't even fly as good as it should.
I really need to get him something closer to a real football - though I'll keep it on the smaller side since he is only 7 and he is small for his age as well.
However, all that being said, I had an enjoyable time throwing the football around with him and really hope this is something he wants to keep doing.  Kicking a soccer ball is boring - football is more my thing.

Yesterday I had to order a new phone from the insurance peoples.
What had happened was.....
I got home around midnight and my phone started ringing.
I pulled it out of my pocket but must have had a horrible grip as it slipped out of my hand.
Proceeded to land on the floor on the upper left corner at precisely the right spot to just break the screen.  The corner cracked and chipped and a crack was sent across the whole screen in multiple directions.

I've never broke a screen before (except for my old iPod touch which shattered because it was made out of cotton candy or some shit) and kind of annoyed.  So, I made my insurance claim and should have the new one by the time I get out of work tomorrow.  I'm sure it's a refurb - i just hope it's the same model as I really like my phone.  I technically only need it for another 2 months until I'm eligible for an upgrade but I don't plan on upgrading for quite some time provided my "new" phone doesn't shit the bed.

Saw a pic of the new companion for Doctor Who and I already miss Amy and Rory.
Mostly Amy.
Oh Amelia Pond. 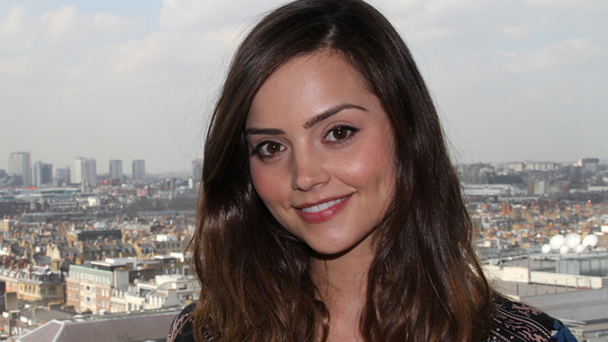 Posted by grrouchie at 9:42 AM

Email ThisBlogThis!Share to TwitterShare to FacebookShare to Pinterest
Labels: Doctor Who, Random