This morning I wrote out a post about how I was sick all weekend.
I gave lots of little details about Thursday through Tuesday.

I hit publish.  Blogger duplicated my post but only posted one and saved the duplicate as a draft.
The duplicate ended up being a blank page.
The one that it posted got 3 views before it randomly got reverted back to being a draft.

By the time I got home from work and heard from a few people that they couldn't read my post I checked it out and dag nabbit they were right.
So I went to go "edit' and republish and the mofo was gone.  Well, it was sitting there missing about half the post.
I started to try to retype some of it and gave up after 3 words.  That's just not my style man.

So, I'm not typing it back up.  I'm going to summarize.
Thursday: Dentist - one tooth still infected.  Opened and Drained.
Friday: No NASCAR because of the rain.  Took the family out to dinner instead.  The kid and I had a blast and adopted a fake British accent for everything at one point.  Listening to a 7 year old black child call his mom "Mummy dear...." in a bad British accent by anyone's standards was fucking precious.
Friday: Started feeling not so well in the head.  Foggy, Fuzzy.  Concentration issues.  Wanting to just pass out randomly.
Saturday: Went to work - felt miserable.  Head was horrible - no pain just this alcohol-like fog.  Everything was wrong.  Went home when my mid-shift got there and slept almost the entire day.
Sunday: Called off and slept almost the entire day.
Monday: Head fuzziness gone but stomach issues.
Tuesday: Pre-work Shart 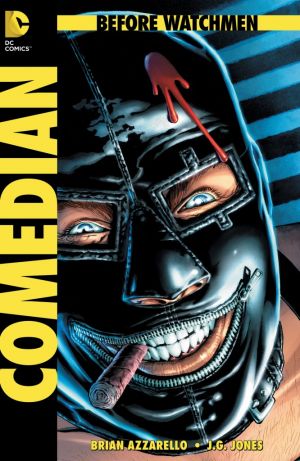 Today at work was interesting because starting next week-ish I'll be fully staffed in both of my departments.  I'll be able to actually go back and forth between them (when I'm not coverage) and do weird managerial stuff.  I'm not sure what this entails but I guess I'll just make this shit up as I go along.
My new employee is actually a local Vegas Comedian whom I've been following on Facebook for a while.

This whole "small world" concept really amuses the shit out of me.  I have been putting off my lame attempt at doing an open mic or preparing for it because of a whole lot of extra stuff that has been going on this year that needs my attention instead.  And now that I'm hopefully nearing the end of all of it I've got this dropped into my lap.
Another person who does it.  Another person who I can talk to, run stuff by et cetera.
It's interesting how life works sometimes.

I have the next two days off of work but I think I'm still going to head in tomorrow to make up some hours from leaving early Saturday and calling off on Sunday.  I've got some stuff I can accomplish while hopefully not having to help customers because I'm not actually scheduled.  We will see how that goes.
Thursday is hopefully the final trip to the dentist to get that last tooth finished and the crown put on permanently.

Thursday is also Weight Watchers night since both myself and the lady are off and I'm hoping that my mouth feels good (you dirty minded freaks) because I'd like to take her to her favorite Sushi place afterwards.  That last part will of course depend on if we have the kid with us or if her parents will watch him for a couple hours while we hit up the WW and dinner.

I've been playing this song a lot lately (especially now that I have replaced my Blu Tooth headset).