Yeah, 3 posts in one day - whatever. It's my last day off of work before having to go back and I'm bored.
Since I have to be there by 6 am I won't be doing a 2-3am poker session again today and since I have played a good deal over the past few days I've now got it in my veins again and that's pretty much all I can think about.  Thus, you all get too many posts from the fish. However, since you all are suffering through with the madness I'm at least going to provide some visuals this time.  I really love you all and I'm quite happy with the comments and feedback that I have been getting and all that banter back and forth is the whole reason that I feel like typing some more instead of just responding to comments.
So, even though I have responded to some of them I will probably address a few of them here as well.

First, I would like to point out that I am now running through the first Matt Smith season of Doctor Who while waiting for the new season to begin.  Between Doctor Who, Breaking Bad and The Walking Dead this television viewing season is going to be quite the pantie wetter for me.


Number 1 - Bankroll concerns.  In my last post (yes, my last post, not my last blog) I mentioned that one of my key plans while having such a tiny (penis) bankroll is to double up and change casinos.  A number of you came out of the woodwork (like termites) to tell me that you thought this was not the greatest idea especially if I'm sitting at a good table.  "Why leave if the game is good and you are playing well?" is paraphrased but straight to the point.

grrouch view: Living in Las Vegas gives me more choices of where to play poker than probably anywhere else in the world.  I could see if I was living in BFE with maybe only one or two poker rooms in an area then this rule might be out the window.  However, living in Las Vegas I am just a 5-10 minute walk away from another room with multiple more good games.  I think that the big divide is coming from the fact that people are not taking into consideration that I only have $500 to work with here and I am not willing (or able) to reload for multiple months.  I've been playing off the same money for the entire year and when I have extra I've been spending in on things that make me happy, thus my roll has not really grown over the course of the year.
So lets say that I have a bad couple of sessions and the $500 disappears, no longer do I have the ability to play with any of you when you are visiting or during a meet-up.  This is what I am trying to avoid and as such I am trying to be protective of my roll by imposing limitations.  While I am just a casual player I am not in a position to reload any portion of my roll until October at the earliest, and that would downright blow. 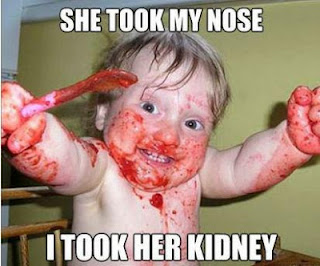 Number 2 - Brought up by MoJo is that $500 is very limited and maybe I should consider buying in shorter than the standard $200 that I am accustomed to.

grrouch view: This is 100% in my thought process and I am trying to figure out the best way to approach it currently.   My main game is probably going to be at Bill's Gambling Hall and Swap Meet with the 50c/$1 buy in and going for 100 big blinds at $100.  In this scenario I have 5 buy-ins to play with.  When playing a standard 1/2nl game I can also buy in for (at min) half stack and still have 5 buy-ins.  As I win some I can increase the amount of my buy-ins until I am again playing normal stacks of $200.  Also, I am thinking about doing a very tight short stack strategy at a place like Harrah's where they offer a weekly freeroll where everyone who final tables gets $500.  I'd only need 15 hours which should not be too hard as long as I get to have a day like Saturday to put in a good deal of the hours.

Number 3 - Waffles just pointed out that short-stacking also has drawbacks of not being able to push people off hands, etc.

grrouch view: This is correct, but also with live poker the good news is that with short stacking people will call you with some really horrendous hands just because it's "only $40 more" (as you state).  Case in point, I have $60 on the table last night and get into a big multi way pot with two suited cards.  Flop comes out and gives me a flush, Jack high and I push.  I get called by KJ with no flush re-draw possibility because it was "only $50 to call."  While this really doesn't work well with the online game any more, live players are so much bloody worse. 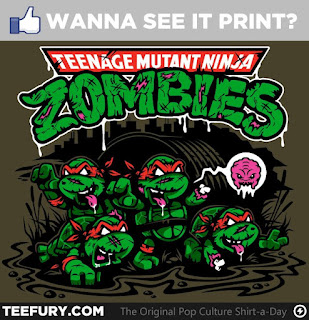 Number 4 - Another thing brought up by Waffles (he almost seems like he has a head on his shoulders sometimes doesn't he) is that I could designate a percentage of my wins to set aside for hookers and blow, or strippers and coke, or titties and beer, or AMPs and Hand Jobs.

grrouch view: Another great point that I was already considering.  You see, there is something that I got from my mom that I've been doing for years and just recently (read: last year) expanded upon which is saving my change.  Other than very minor and insignificant amounts over the past 6 years I have rarely spent any change that has come my way, instead I keep it in a jar over the course of a year and then by years end I cash it in and use it for fun money or Xmas gifts or whatever.  Starting last year I began doing that same thing with almost every single $1 bill that I have gotten.  I have a piggy bank that is full of ones and will also be cashed in at the end of the year.  Poker helps me to build this up even quicker as if I have a cash-out of $122 the extra $2 goes right into this forced savings.  Sometimes if I have an odd number like $7 I ask for that to be in all ones to speed the process up as well.  The $100's and $20's automatically get added to the bankroll, the $10's also currently get added in but $1's and sometimes $5's go elsewhere for different causes.  As my bankroll becomes larger I will start taking a higher percentage and putting it towards different funds.
My ultimate hope is that in about two years I can actually fund my way into a WSOP tourney or two for the experience. I'd also like to set aside small portions of my wins to start playing some tournaments around town to practice and get better at them.

This whole post took me the length of one episode (no commercials) and now that the credits are rolling it's time for me to roll my own credits and hit the publish button.  Lets hope there are no more today!!!

Posted by grrouchie at 1:00 PM