Batman Begins was a "reboot" where the director wanted to focus on the darker side of the Super Hero and as such has put together a trilogy (once the 3rd is released later this month) that has been exceptionally well done. The way the characters were used in this trilogy has been grand and the Batman has been pushed to his limits constantly in order to survive. I am eagerly awaiting for the conclusion to this trilogy even though when Batman Begins was released I just didn't care for it too much.

I hated Christian Bale. I especially hated his Batman voice. however, I have now watched it and The Dark Knight many times over and I really love this series for what it is. The Dark Knight is the reason I fell in love with it as I went in with low expectations and expected Heath Ledger to butcher the Joker (which was brilliantly played by Jack Nicholson back in 1989) and the movie to suck. To my surprise it instantly became one of my all time favorite movies. 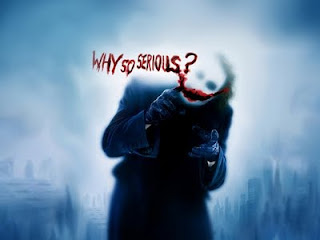 Now, while Batman Begins comes out a mere 8 years after the last Batman movie - the horrible Batman & Robin - the reality is that by that time the Batman series had become a parody of itself and downright sucked.   The last Batman that I consider a "real' Batman was the only other one done by Tim Burton and that was Batman Returns.  After that they changed directors because Warner Brothers wasn't happy with the amount of money Batman Returns brought in and because of the director change and the direction that the new movies were going to go Michael Keaton decided it was time to hang up the suit and Val Kilmer came on.  It only got worse from there.  So, in my mind it is the time between 1992's Batman Returns and the reboot in 2005 that counts - 13 years.  The series came back fresh and has been amazing.  I am not looking forward to it ending and the next "reboot" that will happen.  Even without Christopher Nolan and (probably) Christian Bale I would love if they would be able to find someone to come up with some scripts in the same dark vein as The Dark Knight trilogy and continue the series instead of giving it another reboot.  And if we are forced to sit through a reboot I sure as hell hope they at least give us a decade off.

With that said lets now look at Spiderman. From 2002 through 2007 we had a Spiderman trilogy that was pretty good and financially successful.  Sam Raimi put together 2.5 good movies (that last movie had a ton of issues but some good points too).  The thing with Spidey is that over the years (in the comic books) the role of your friendly neighborhood web slinger was played by many different people in different settings.  As such the whole idea of a Spiderman reboot was 100% completely unnecessary because the universe is huge and there are a number of ways to go about putting someone else behind the mask.  Amazing Spiderman (which is what the new movie is) and Noir Spiderman, etc.
However, instead of continuing the series they decided to go with the reboot method.  One of my biggest problems with the reboot for this series is that the last movie was just released in 2007.  There have only been 5 years between our last interaction with Spidey and this new series.
Sure, Amazing Spiderman went with a new villain for the first movie but they pretty much just started it all over again.  Oh look, how many times are you going to kill off Uncle Ben?  Am I going to have to sit through this again in 10 years?

I really wanted to enjoy this new Spiderman movie but it was lacking because it hasn't been long enough since I saw the last versions and a lot of this movie was just recycled from the 2002 version of Spiderman. There are some differences but most of the plot is the exact same.  Dorky kid picked on in school has the hots from a hottie but is basically unnoticed and gets bitten by a spider.  Cure the montage where he is finding his powers and practicing his slinging and then poor old Uncle Ben takes a bullet and now we are seeking revenge and (even though used differently) ends up smack dab in the middle of a wrestling ring.
Thanks for making me watch basically the same movie a decade later with new actors.  This is why I wish they would have just continued the series - they could have used the same villain that they did but they didn't have to repeat the 1st 45 minutes to an hour to get us where we wanted to be - the action.

Yes, I will watch the 2nd and 3rd installments of this new Spiderman Trilogy (I'm assuming it's going to be a trilogy because everything is now a days) and I hope that much like with the Dark Knight movies my opinion will be swayed and I will fall in love with the whole series.  But, after watching the first movie I really just felt the urge to come home and pop in the Toby McGuire version so that I could watch Kristen Dunst in that wet T-shirt scene again.

Then again, maybe I'll just put in Bring it On which (for those of you who have not watched it) is a very good documentary into the lives of teenage cheerleaders and the hardships that they have to go through on a daily basis to escape persecution by the other teens in their high school and gain respect among their peers.  Oh, and Eliza Dushku.
Posted by grrouchie at 1:57 AM