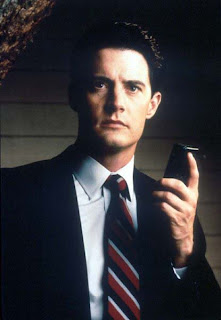 Diane,
Today I'm doing something I don't normally do - I'm having guests over.  Yes, I know, an anti-social guy like me having company over sounds ridiculous right? Well, that's what my therapist said I need to do more of and if you can't trust the one mind fucking you who can you trust?

I took a nap after work yesterday and then spur of the moment went out for a small poker session with none other than Stump who appears to run just as well as I do at this great game.
During the portion of the evening where I played with him he ran well and stacked a few people finishing up over a buy-in.  However when I checked my twatter upon awakening it appears as though his 2nd session at Harrah's did not go as well.  It could be that my run bad is worse than his run bad and thus it negated it as Satan can't stick it to two people at once (still only has one penis) and when we parted ways Satan followed him to Harrah's and gave him the what for, the how-do-you-do and the take-it-like-a-man.

Me, oh more of the usual.  I had an uneventful evening which ended up having two eventful hands.  Hand A I stack a guy when he RR's me pre and I flop middle set.  Hand two we get all of our money in on the turn when I have the nut straight and he has a turned set only to watch the dealer pair the board on the river and ship a nearly two buy-in pot the wrong direction.  So instead of being up $350 I finished down a few bucks.
I didn't get stack and I still left the table with money but I'd like to have a few winning sessions.  Other than one session with Rob, Grump and Prudence recently I've been pretty much the suck and it's caused me to look elsewhere for my entertainment and only play when I have people in town visiting.

However, that could change this weekend as Stump and I were talking about going over to Bills (smallest game we are aware of in town) and just having a rip roaring drunk poker fest for an evening to blow off steam, bitch about the world and just have a f'n good time.  Bills doesn't know what they are in for as we will be trying to one up each other by winning pots with the worst possible hands and throwing chaos into the mix.  Another drink Beer Wench!

Now to just survive another 9 hours at work so that I can get to my evening festivities.  Tonight is Rib Night - BBQ slathered Ribs with all the trimmings and it's going to be a fun time.  After ribs there will be video game playing of some sort.  I should also probably pick up around this room just a little bit but we will see if time allows.

Posted by grrouchie at 5:19 AM